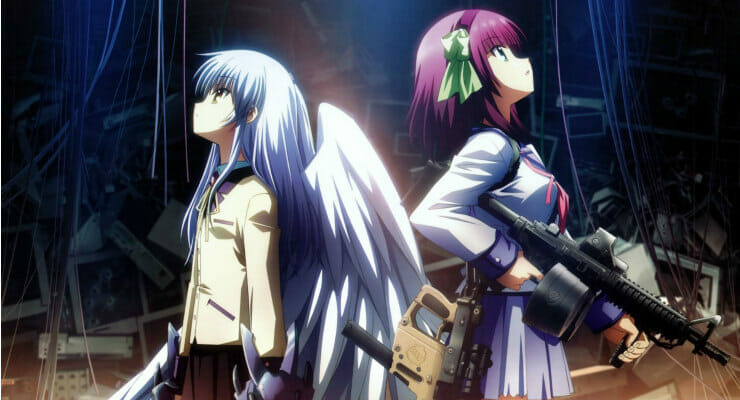 You might want to jump on this before it heads off the the Great Beyond.

Earlier today, Sentai Filmworks announced that their releases for Angel Beats! are going out of print. Sentai is hosting a farewell sale for the title on their online store. Customers who purchase the title via Sentai’s website can get it for 60% off with the coupon code FAREWELL.

The deal runs through November 10.

Angel Beats! is an original anime project from P.A. Works and Aniplex, which aired in the Spring 2010 broadcast season. Seiji Kishi (Assassination Classroom, Classroom of the Elite) directed the series, which features character designs by Katsuzo Hirata (Hand Maid May, Ben-To). Jun Maeda was in charge of series composition.

It sucks being dead. Sucks even more to be trapped in a surreal afterlife where you’re caught between the living and the dead-where a mysterious, violent Angel is trying to pull you over to…somewhere. What do you do? Well, if you’re this group of rough-and-tumble teens, you grab every weapon you can get your hands on and give Heaven hell! High-caliber action and locked-and-loaded comedy meet on a rock and roll battleground in Angel Beats!