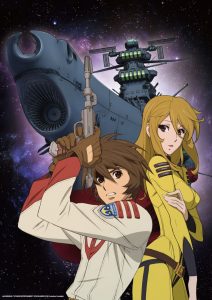 Now, even sub fans can make it to Iscandar in this adventure.

Earlier today, Crunchyroll announced that they will stream the subtitled version of Star Blazers: Space Battleship Yamato 2199. The series launched earlier today for users in the United States and Canada. New episodes will be added on Wednesdays at 1:00PM Pacific (10:00AM Eastern).