Yo dawg, we heard you like anime, so we put an anime inside your anime so you can watch anime while you watch anime! 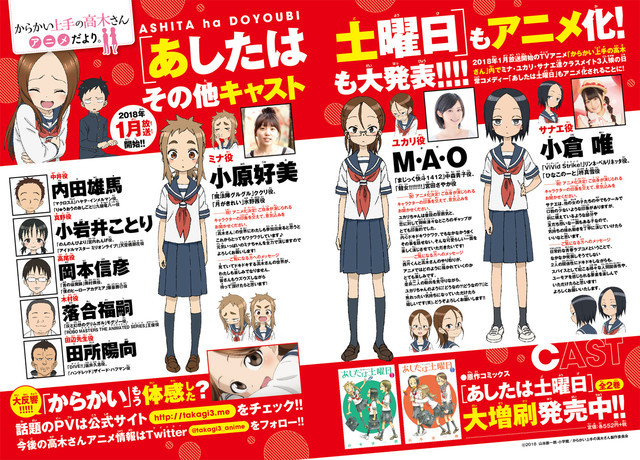 The kicker on this one is that the show will be presented within the upcoming Karakai Jōzu no Takagi-san (Takagi-san, the Master of Teasing). The two will share several cast members, including:

Both titles share the same base world, hence the character overlap. Previously, the roles for Takagi-san and Nishikata were confirmed:

The title is slated to premiere in January 2018.

Takuji Mogi and Natsuko Kondou will serve as Chief Animation Directors on the titles.

Ashita ha Doyōbi made its debut in the pages of the Yomiuri Chūkōsei Shimbun newspaper in 2014. The series, which ran for a year, received tow compiled volumes from Shogakukan.

The main characters are three school girls and the stories revolve mostly around their talks and what they do in life general. Art is simple and clean. The background is usually something “non existence.” Comedy comes from the girls different personalities and ways to adapt into situations in life.

Mina is the active and usually starts things. Yukari is the class rep and usually follows Mina’s lead. Sanae is a member of the Track club and most inactive part of the group. She prefers to stay cool and act rationally. 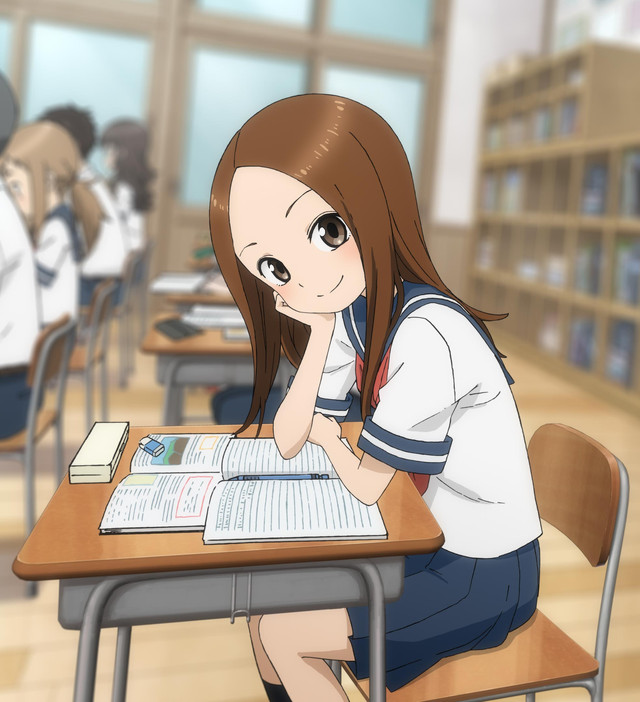 Sōichirō Yamamoto’s Karakai Jōzu no Takagi-san launched in 2013, in the pages of Gessan Mini. The title currently spans six collected volumes, with the most recent hitting stores on August 10.

A 90-second trailer was unveiled for the title in October, which you can check out below: