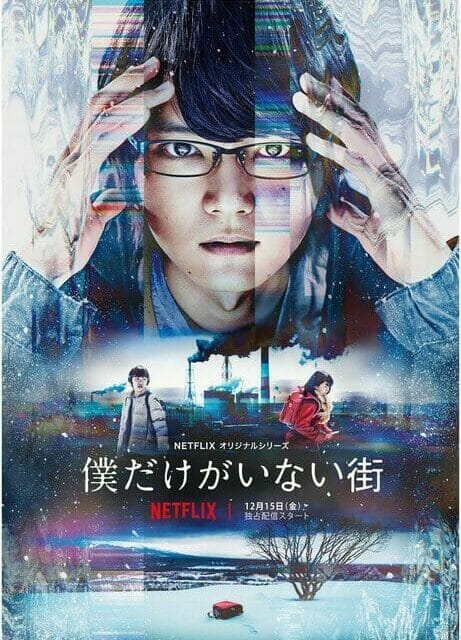 Did you miss out on seeing the anime adaptation of Erased (Boku dake ga Inai Machi) when it premiered a few months ago? Well, now you have a chance to see it in a whole new way as the live action adaptation which is set to premiere on Netflix will be going live in Japan starting December 15th. It will debut in 190 countries around the world later this winter.

To get fans excited about this upcoming release, Netflix released a trailer which previews the story along with the ending theme song earlier today.

The trailer, which lasts for 92 seconds, highlights just a few of the many twists and turns that await audiences who are looking forward to checking this one out. It’s also worth noting that this adaptation will cover the series epilogue which was not covered by the anime.

In the story, the main character is a 29 year old pizza delivery guy who possesses the ability to rewind time whenever a life-threatening accident is about to happen which allows him to save lives. After his mother is murdered however, the hero ends up going back in time all the way to his elementary school years a few days before his classmate is kidnapped and murdered.