It’s a sword, guy. Work with that.

Earlier today, the team behind the Sword Gai: The Animation TV series unveiled the show’s core staff, as well as a key visual. We break the details down below:

The image features lead character Gai in black and white, standing against a background of line art spattered with blacks, blues, and reds. 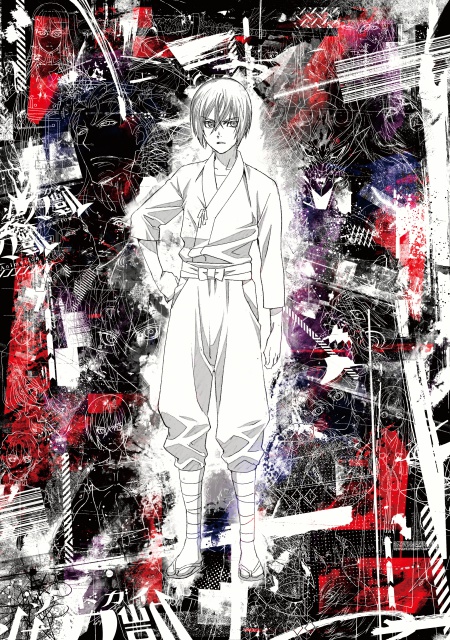 Sword Gai: The Animation will make its debut at this year’s Tokyo Comic Con, which is being held over the weekend. The first episode will be shown on Sunday. Netflix will stream the series across the globe in Spring 2018.