It looks as if this night of drinking is getting cut short.

Earlier today, the official Takunomi. (Drinking at Home) anime website updated with a new teaser trailer and a key visual, as well as broadcast details for the show. We break the details down below:

The 94-second promo features a look at the show in action, as character dialogue conveys the major story beats.

The new visual features the four leads sitting on the couch, enjoying a few brewskies (among alcoholic beverages). 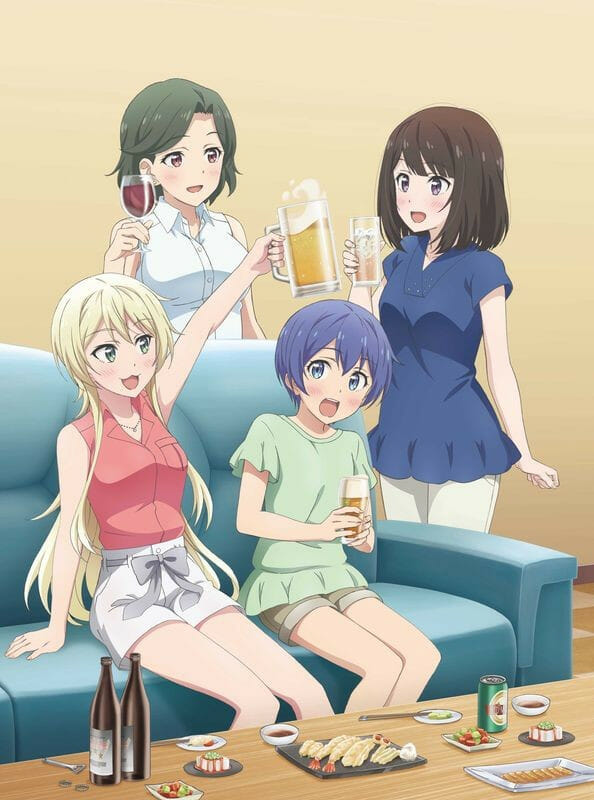 Takunomi. episodes will run for 15 minutes. They will share a block with upcoming comedy Dagashi Kashi 2.

TBS streamed a pair teasers for the show, which you can check out below: