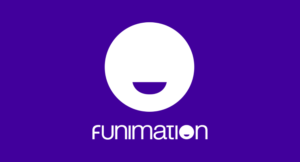 Earlier today, Funimation announced that Justin Rojas is leaving the company. Rojas is moving on to a new position with eSports team Team Envy. Funimation and Rojas published a farewell video, in which he explains his reasons for exiting the company, and explains how the torch is being passed to the next generation of Funimation peeps. You can check it out below:

Over the past decade, Rojas has become one of the faces of Funimation for many. He’s made countless appearances at conventions and fan events across the country, and appeared in numerous video programs, from Dubbletalk to Anime Month on Microsoft Movies.

Rojas issued a statement regarding his new direction, which we’ve provided below:

Not many people get to turn a childhood passion into a professional career, and I’m thankful that this company has provided me (and many others) with that opportunity. Though, whenever someone asks me what the best part about my job is, it’s surprisingly not the anime. It’s the people I’ve met because of it. Over the past 10 years, I’ve met so many great people and have countless stories to tell that wouldn’t have been possible without Funimation. Being able to meet fans and see first-hand how much anime and Funimation has impacted their lives is an experience that makes our hard work worth it. The relationships built here with coworkers, partners, and of course our fans are some of the most important I’ve ever had and ever will. Funimation wasn’t just a job. It was my life.

It was a tough decision to leave the company, but I’m excited for a new opportunity in the gaming industry. Probably the only thing I’ve ever been more passionate about than anime is gaming. On Friday 12/15/17, I’ll be joining Team Envy as Director of Social Content & Strategy, focusing this year on launching their new Overwatch League team Dallas Fuel. The 10-year-old veteran esports organization just moved its headquarters from Charlotte, NC to Victory Park in Downtown Dallas so I’ll be staying in my hometown still. I’ll likely be around a lot of big gaming events too so be sure to say hi if you see me. ☺

I wish everyone at Funimation a prosperous new year, especially with the additional backing from Sony. And to all of the anime fans out there, thank you for your support over the years. Keep following your passions and don’t let anyone discourage you otherwise. If you work smart and keep trying, you can make anything happen. It’s mind-blowing to see how far we’ve come since I started in anime 10 years ago. Who knows what anime will be like in the next decade.

On behalf of the team at the Herald, we wish you the best of luck, Justin. We’ll catch you on Twitter.