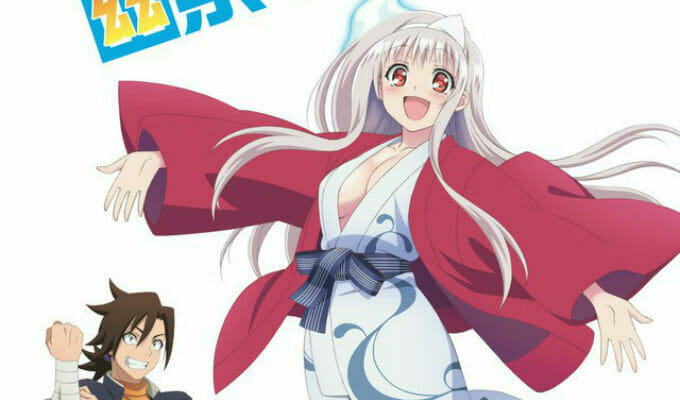 Why am I suddenly expecting our male lead to scream “Oh my God!” as loud as he can at the end of every episode?

Earlier today, an official website for Yuuna and the Haunted Hot Springs (Yuragi-sō no Yūna-san) opened its doors. The site includes a visual and trailer for the project, as well as the first staff and cast attached to the project.

The 45-second teaser features Yuuna reclining in a hot spring, before cutting to a white screen with the main staff and cast. The scene cuts back to Yuuna, who introduces herself to the audience.

The image focuses on lead characters Yuuna and Kogarashi Fuyuzora. Yuuna takes top billing in the foreground of the shot.

Jin Aketagawa will serve as sound director for the project, while Tomoki Kikuya scores the soundtrack.

Yuuna and the Haunted Hot Springs will hit Japanese TV in Summer 2018.

Seven Seas currently holds the rights to the title, and plans to release it under their “Ghost Ship” mature imprint. The first volume will ship to retailers on March 27. They describe Yuuna and the Haunted Hot Springs as: