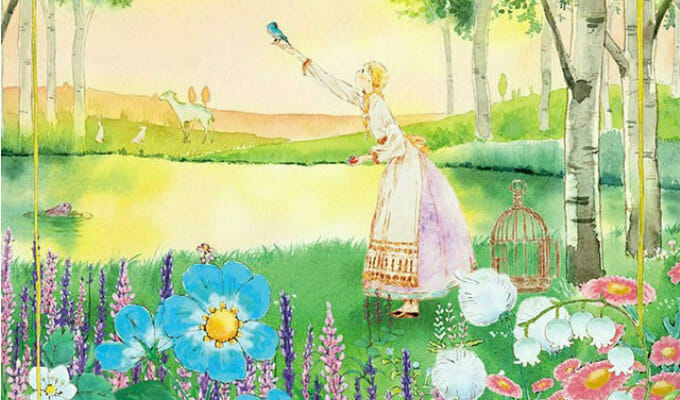 So, I must ask… to whom does the bluebird sing on this day?

Earlier today, the official Liz to Aoitori (Liz und ein Blauer Vogel / Liz and the Bluebird) website updated with a new trailer and visual, plus several core staff members. We break the details down below:

The 30-second promo focuses on Nozomi Kasaki and Mizore Yoroizuka, the film’s leads. A piano melody plays in the background of the teaser, which ends with a confirmation of an April 21, 2018 premiere.

The new visual features Nozomi and Mizore on the roof of Kitauji High. A few music sheets are scattered on the ground, and a bluebird’s feather can be seen in the foreground.