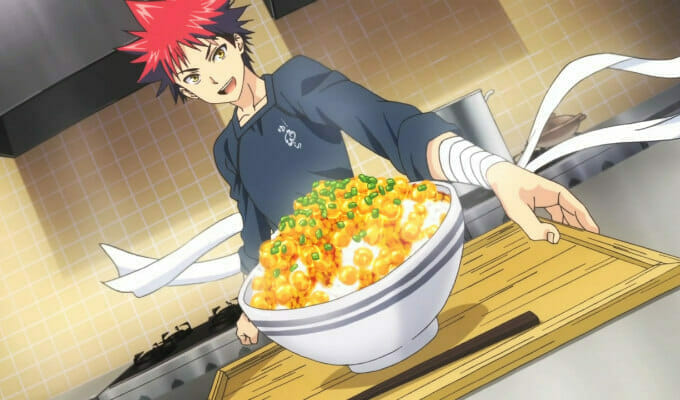 So we’re really doing this, right? We’re getting more Food Wars! and we don’t have to wait a year? I can’t wait!

Earlier today, fans flocked to the annual Jump Festa event, which was hosting (among many other things) a stage presentation for Food Wars! Shokugeki no Soma. During the show, the event staff revealed that the second half of the current season, Food Wars! The Third Plate (Food Wars! San no Sara) will hit Japanese TV in April 2018.

The new season will follow the “Tōtsuki Train” (Tōtsuki Ressha) arc. A visual and trailer for the cour were also unveiled. The trailer cuts between the major players at this point, with bits of teaser text spread between the shots.

The visual sees Soma standing alone in the frozen wilderness. A small, lit cabin can be seen in the distant background

Crunchyroll is currently streaming Food Wars! The Third Plate as part of their Winter 2018 simulcast lineup. They describe the show as:

Shokugeki no Soma centers on Yukihira Soma, a middle school student who is determined to surpass his father’s culinary skills. One day, his father decides to close down their family restaurant and hone his skills in Europe. Before leaving he enrolls Soma in an elite culinary school that is extremely difficult to enter with a graduation rate of only 10 percent. Will Soma be able to improve his skills, or will the kitchen prove to be too hot?