Gintama‘s coming back to home video? I think I need a drink…

On December 15, Funimation announced that they acquired the domestic rights to the third season of Gintama. The first half of the season (Episodes 266 – 291) will be released on DVD and Blu-Ray in North America on March 27. 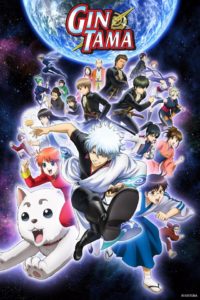 Gintama‘s third season began airing in October 2012. The series spans episodes 266 – 316 of the long-running title. As of press time, Funimation only has the rights to this specific block of episodes.

That said, this is the first home video release for the Gintama anime since Sentai Filmworks shipped the first season on DVD in 2010.

Funimation currently streams Gintama on their digital platform. They describe the series as:

Aliens known as the Amanto have invaded Earth and taken over feudal Japan. In this strange new era, a man named Gintoki Sakata with the heart of a samurai, and the odd company he keeps, have found a way to stay self-employed. They take on odd jobs, everything from finding lost kittens to saving the world. But the jobs rarely go as planned and never pay enough to cover their pain—or their rent.