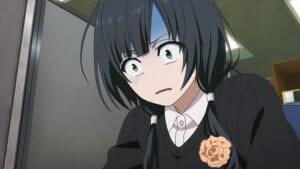 It’s a sad reminder of how brutal the Japanese industry is.

Earlier today, AEYAC released a preliminary report on the results of their survey on young animators’ living conditions. According to the report, roughly half of all young animators are receiving some form of assistance from their families.

AEYAC’s survey was answered by forty-four (44) animators who have less than three years’ experience in the industry. The poll was conducted via the internet, and asked questions on overall working conditions, student loan debt status, employment status, commute time, and the like.

Moreover, 19 of those who were living on their own stated that they had to reach into their savings to make ends meet. Ten of the surveyed animators who lived away from home admitted that they had no savings remaining.

Fourteen (14) respondents admitted that they borrowed money to pay for their education, and are still making payments on their debt.

In short, 23 of the 44 surveyed, or 52% of all respondents, stated that they’re receiving some form of economic assistance from their families. 43% of respondents had to dip into savings to make ends meet, and 22% had no savings remaining.

AEYAC is a non-profit organization dedicated to supporting younger anime creators. The organization plans to issue a full report on their findings in March 2018.