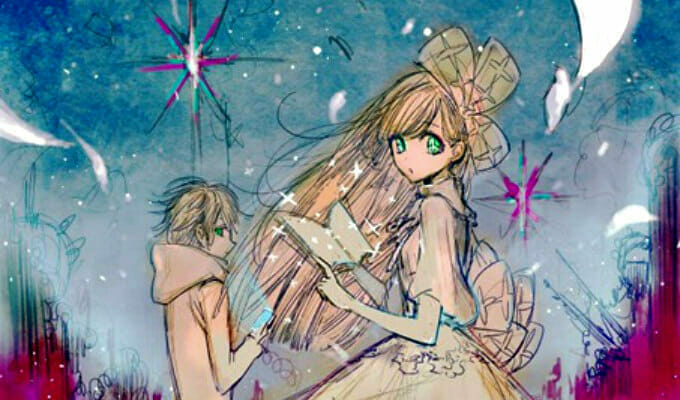 Earlier today, news broke that Nippon Cultural Broadcasting, DeNA, and Sotsu are banding together to produce original anime titles. The three companies will work under the Project Anima umbrella, united in their goal of producing three anime TV series by the 2020 broadcast season.

A visual for the project was released. The image was drawn by Scum’s Wish creator Mengo Yokoyari.

Project Anima will accept story submissions from the general public via MangaBox (a DeNA platform), Everystar, and similar platforms. The project is looking for submissions in three different genres, with each category running for a set period of time. Entries will be accepted from professionals and amateurs alike. Submissions can be made in numerous formats, including form of novels, scripts, manga drafts, thumbnail sketches, illustrations, and videos.

Winning submissions will be animated by one of three studios:

Moreover, the production companies behind the adaptations will look into adaptations into other media, including manga, video games, and books.

The first category, “science fiction and robots,” will accept entries from February 1 through April 15. There are no limitations on the submissions, aside from the fact that they must be about science fiction or robots/mecha. More details will be revealed on Nippon Cultural Broadcasting’s Everystar/Mangabox presents Toyonaga, Komatsu, Mikami no Mayonaka no Radio Bungei-bu on January 4.

DeNA is a provider of mobile portal and e-commerce websites and owner of popular cell phone gaming platform Mobage. The organization was founded in 1999, and enjoys annual revenues of $1.8 billion USD. In 2015, Nintendo Co, Ltd. purchased a ten-percent stake in the organization.

Sotsu is a Japanese advertising agency with close ties to Bandai Namco Holdings. Indeed, Bandai Namco holds a 17.5% stake in the company, wihch was founded in 1965. Sotsu has been heavily involved in the production and licensing of anime projects since 1972 and, in 1979, was a vital player in the production of the original Mobile Suit Gundam.

Nippon Cultural Broadcasting is a Tokyo-based radio station, and one of the two flagship radio stations of National Radio Network. The station, which began broadcast in 1952, is known for its talk, sports, and religious programming.