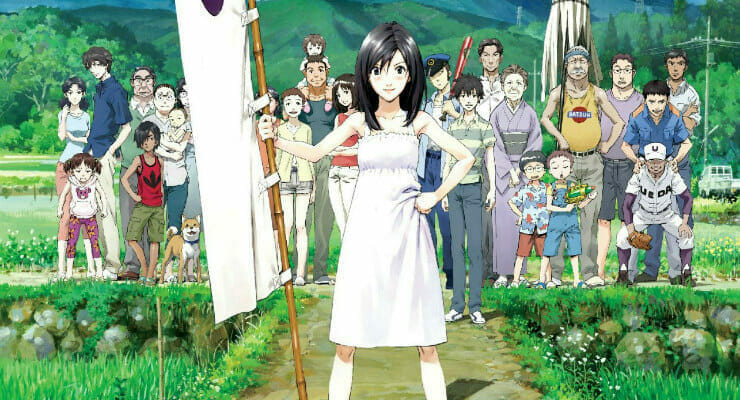 From The Girl Who Leapt Through Time to The Boy and the Beast, you can catch up on Hosoda’s entire body of work.

Earlier today, Funimation announced that they added the English dubs for all of Mamoru Hosoda’s films to their FunimationNow streaming platform. The dubs for the following films are now available to subscribers of the platform:

Funimation uploaded a trailer to promote the news, which you can check out below:

The Girl Who Leapt Through Time

Funimation describes The Girl Who Leapt Through Time as:

After waking up late, flunking her pop quiz, embarrassing herself on numerous occasions, and starting a fire in her home economics class, high school student Makoto Konno figures she’s just having one of those days. And just when she thinks she’s made it through, the brakes on her bike malfunction putting her on a collision course with a speeding train. The life-ending accident would have been the perfect end to the worst day ever, but the strangest thing happens—she leaps backwards in time.
After unlocking her new ability, Makoto does what any teenager would do. She re-takes tests, corrects embarrassing situations, and sleeps in as late as she wants, never thinking that her carefree time travelling could have a negative effect on the people she cares about. By the time she realizes the damage she’s done, she only has a few leaps left to make things right.

Kenji is your typical teenage misfit. He’s good at math, bad with girls, and spends most of his time hanging out in the all-powerful, online community known as OZ. His second life is the only life he has – until the girl of his dreams, Natsuki, hijacks him for a starring role as a fake fiance at her family reunion. Things only get stranger from there. A late-night email containing a cryptic mathematic riddle leads to the unleashing of a rogue AI intent on using the virtual word of OZ to destroy the real world, literarily. As Armageddon looms on the horizon, Kenji and his new “family” set aside their differences and band together to save the worlds they inhabit.

Hana was a student before she was a mother. She was bright and pretty, and her future held endless possibilities. Then she met a man, who turned out to be a wolf, and together they built a family. Hana loved her mate fiercely, but fate took him from her, leaving her alone with two unusual kids she didn’t know how to raise. Frightened of being discovered, Hana and her Wolf Children fled to the countryside to build a new life.

Raising her little wild things was an adventure. It left Hana bruised, scratched, exhausted, and joyously overwhelmed as her pups grew stronger and wandered further every day. This is a mother’s journey. Teach your children to chase their dreams – and smile through the tears as they disappear into the world in search of who they will become. Hana wasn’t always a mother, but it was always what she was meant to be.

The Boy and the Beast

The Boy and the Beast hit Japanese cinemas in 2015. Mamoru Hosoda directed the film and wrote the screenplay at Studio Chizu. The team of Hosoda, Daisuke Iga, and Takaaki Yamashita (Digimon Adventure: Bokura no War Game, One Piece: Baron Omatsuri and the Secret Island) provided character designs on the project.

Funimation describes The Boy and the Beast as:

When Kyuta, a young orphan living on the streets of Shibuya, stumbles into a fantastic world of beasts, he’s taken in by Kumatetsu, a gruff, rough-around-the-edges warrior beast who’s been searching for the perfect apprentice.

Despite their constant bickering, Kyuta and Kumatetsu begin training together and slowly form a bond as surrogate father and son. But when a deep darkness threatens to throw the human and beast worlds into chaos, the strong bond between this unlikely pair will be put to the ultimate test- a final showdown. Can the two finally work together using all of their combined strength and courage?