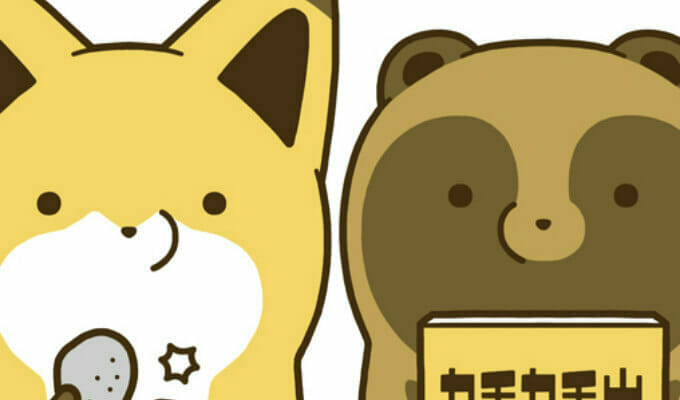 You know, the trailer alone says this is going to be adorable.

Earlier today, the official website for Atamoto’s Tanuki to Kitsune (Tanuki & Fox) manga announced that the title will receive an anime adaptation. A series of 20 web shorts will be produced, which will stream on YouTube.

Each episode will be 90 seconds long, though not every episode will hit streaming services. According to the site, episodes 19 & 20 will be exclusive to a DVD that will be included with the fifth Tanuki to Kitsune manga volume when it hits stores on may 15.

Tomohiro Tsukimisato was tapped to direct the series.

A teaser trailer and a visual for the series were also unveiled, which you can check out below:

Atamoto’s Tanuki to Kitsune began its life on Twitter. Publisher Frontier Works acquired the series, and began releasing it in print. To date, three volumes have been released, with the most recent shipping to stores on November 15.