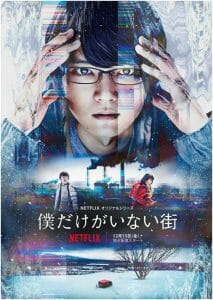 Trust me – you won’t want to erase this one from your queue!

The show, which premiered on December 15, will stream in 190 countries this winter. The series also adapts the manga’s epilogue story for the first time.

ERASED is based on Kei Sanbe’s Boku dake ga Inai Machi manga series. The title was directed by Ten Shimoyama, with Tomomi Ōkubo writing the scripts. The production team at Kansai TV/Cocoon filmed ERASED in 4K on-locatoin in Tomakomai City.

After finding his mom killed, Satoru’s time-traveling ability takes him back 18 years for a chance to prevent her death and those of three classmates.