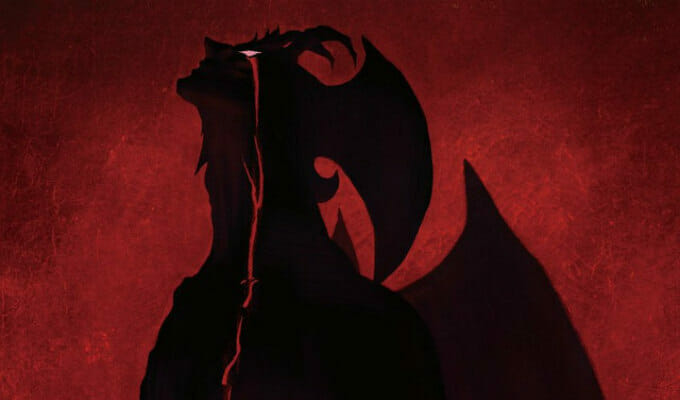 This one takes the phrase “if it bleeds, it leads” pretty literally!

Earlier today, Netflix Japan released a new teaser visual for Devilman Crybaby. The image features ad copy, arranged in the shape of a beastial claw. Blood drips off the bottom to reveal the show’s logo.