It’s time for a new look at the world’s greatest brawler before he returns to the ring this summer.

Earlier today, the Baki anime’s official Twitter account updated with a new key visual. The image, which is smattered with text about the show’s Netflix run, features the titular Baki ready to rumble in his fighting gear. 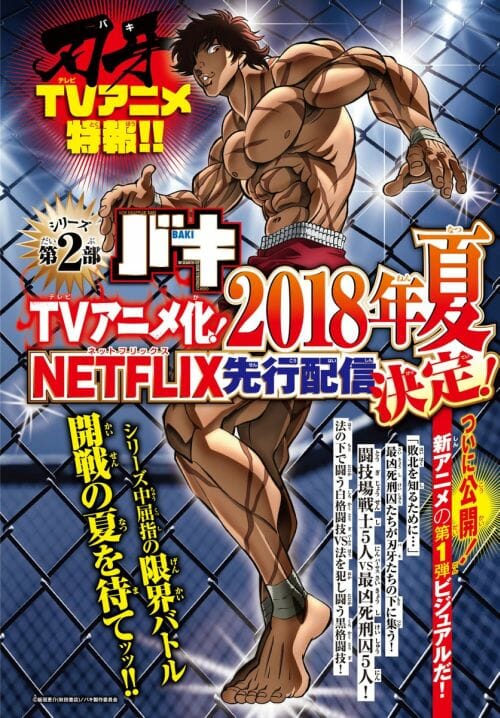 The 26-episode show will be produced by TMS Entertainment.