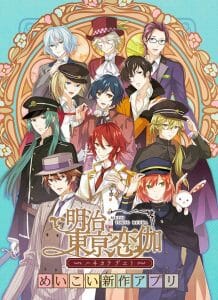 The light of the crimson moon shall herald the path toward love once again.

Earlier today, otome game fans flocked to the “Meiji Tokyo Renka Gallery – Hi Romance Theater 5 ~” fan event in Yokohama. At the event, the main cast and crew, along with early character designs for the upcoming Meiji Tokyo Renka anime were unveiled. We break the details down below:

The core cast members from the original original game will return to reprise their roles. This includes:

Character visuals for Ōgai Mori, Shunsō Hishida, and Mei Ayazuki were officially unveiled, which you can check out below. 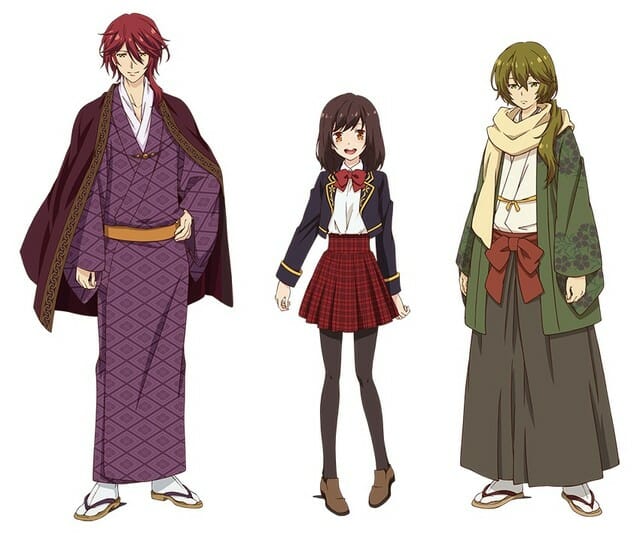 Meiji Tokyo Renka is based on Broccoli’s visual novel of the same name. The game first hit Sony’s PSP handheld in 2013. Sequel title Meiji Tokyo Renka Full Moon debuted on the Vita in 2016.

The protagonist, a quite normal high school girl named Ayazuki Mei, meets the self proclaimed illusionist Charlie on a night with a red full moon. Due to his hand she travels through time to the Meiji era of Japan. There, where Mononoke had been observed, was a sort of mysterious Meiji Era “Tokyo”.

Following Charlie’s lead, she arrives at the Rokumeikan building.
Waiting at the party the protagonist sneaks into are an assemblege of historic personages. Ogai Mori, Shunsou Hishida, Otojirou Kawakami, Kyoka Izumi, Fujita Goro, and Yakumo Koizumi.

During the protagonists interaction with those men, the prized Meiji Era ability to see Mononoke “Tamayori” is awakened within her. Because she holds this power, her relationship with those men evolves…

In an unfamilier era, an awakening of love blooms by living among these handsome men and interacting with them.

Will the protagonist return to her original time? Or…?

A love that crosses space-time… What could the conclusion be?