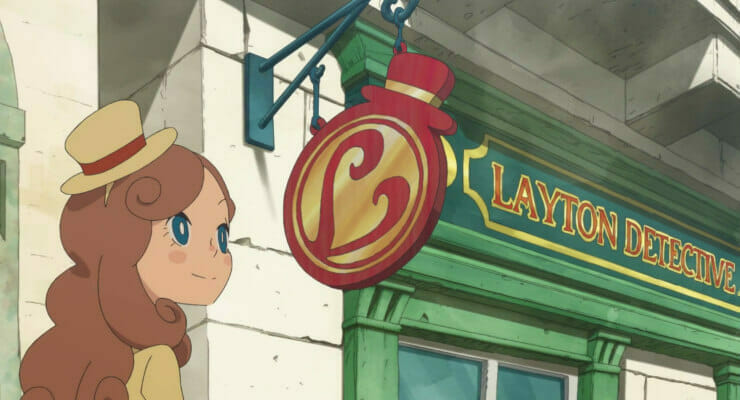 Katrielle is getting ready to open the Layton Mystery Detective Agency in a big way!

The image features Katrielle and her companions gathered in the Detective Agency’s office. Kat is pointing out toward the camera as she strikes a pose.

Hanazawa is reprising her role as Kat from the previously-released video game. All other roles have been recast. Tsubasa Imai is a singer and actor, who is making her anime debut in a guest role.