Before we begin, can I get some props for this guy’s work on City Hunter? (Seriously, the show doesn’t get enough love!)

Earlier today, Anime Boston announced that producer Michihiko Suwa will attend this year’s convention as a guest. The producer is the sixth Japanese guest confirmed by the convention. 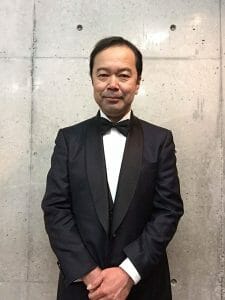 Suwa is a fixture within the anime industry, having worked at Yomiuri TV for more than thirty-five years. He’s served as producer on numerous fan-favorite titles, including Inuyasha, Magic Knight Rayearth, City Hunter, and Case Closed.

Producers set the tone and personality of any anime title, and few have a credits list as long as Michihiko Suwa. I can’t wait to hear what it takes to take an anime program from conception to our televisions screens!