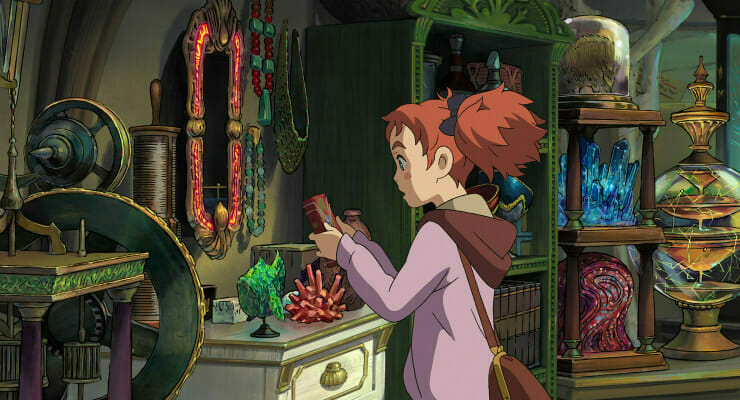 Soon, this magical film will make its grand return to cinemas across America.

Recently, online ticket seller Fandango, along with the Fathom Events website, began listing a second theatrical run for Mary and the Witch’s Flower. According to Fandango, the film will be shown on February 24 and 26. The February 24 show will be dubbed, while the February 26 screening will show the subtitled version.

In February 2017, news broke that Altitude Film Sales acquired the global rights to the feature. Altitude will distribute the movie in the United Kingdom, while Madman releases it in Australia and New Zealand. GKids picked up the North American rights to the film.