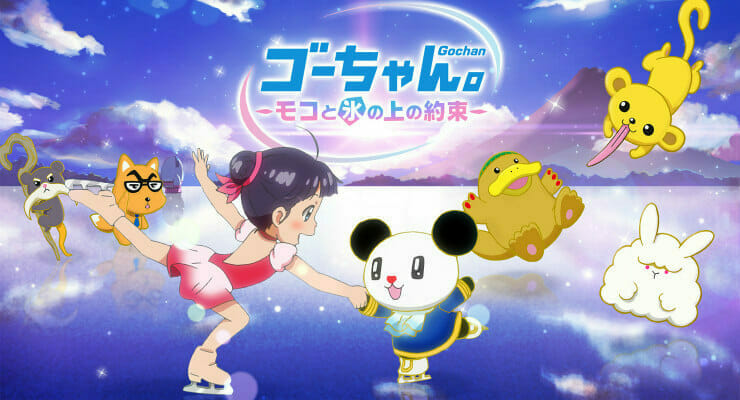 Yesterday, TV Asahi announced that their Gō-chan mascot character will appear in a new anime movie. The project, titled Gō-chan. ~Moco to Koori no Ue no Yakusoku~ (Gō-chan. ~Moco and the Promise Made on the Ice~) will revolve around figure skating.

A visual for the film was released, features Gō-chan and Moco on the ice.

A second visual features Gō-chan and Moco in the distance as other characters look on.

Figure skaters Nobunari Oda and Shizuka Arakawa will guest star in the film as a pair of figure skating elementary schoolers. Other confirmed cast members include:

Kayano, Sugita, Kaji, Shimazaki Time, and Honma are reprising their roles from the first film. Visuals for the characters were also released, which you can check out below:

Gō-chan was created by Sanrio for TV Asahi in 2011. The character was personally designed by Hello Kitty designer Yuko Yamaguchi as a means to promote TV Asahi’s “Digital 5” network.