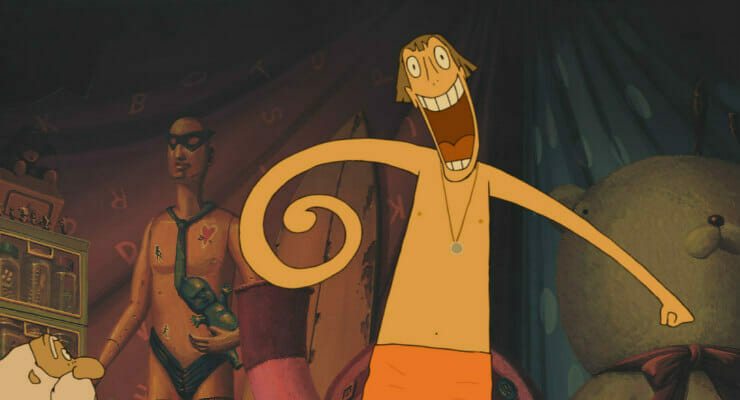 In just over a week, Mind Game will hit theaters across the United States. The film, which was directed by Devilman Crybaby‘s Masaaki Yuasa, was an instant darling, thanks to its probing plot and unique visual style that mixes several disparate animation types to present a brilliantly surreal experience. The feature won numerous awards, including 2005’s Mainichi Film Award and the Animation Division Grand Prize at 2004’s Japan Arts Media Festival.

On February 16, Mind Game will open in North America with a series of one-night-only events in more than fifteen cities. GKIDS, who are bringing the feature to North America, describe it as:

Buckle in and prepare to surrender yourself to an exhilarating and wildly entertaining ride. Cult classic Mind Game is an explosion of unconstrained expression – gloriously colorful mages ricochet in rapid fire associations, like Masaaki Yuasa’s brain splattered onto the screen in all its goopy glory. Audiences will begin to grasp what they are in for early on as loser Nishi, too wimpy to try to save his childhood sweetheart from gangsters, is shot in the butt by a soccer-playing psychopath, projecting Nishi into the afterlife. In this limbo, God – shown as a series of rapidly changing characters – tells him to walk toward the light. But Nishi runs like hell in the other direction and returns to Earth a changed man, driven to live each moment to the fullest.

Anime Herald is proud to work with GKIDS as a partner in spreading the word about this fantastic film. Moreover, the folks at GKIDS have prepared a a pair of tickets to the show, which will go out to one lucky fan.

Enter by February 14 for a chance to win! 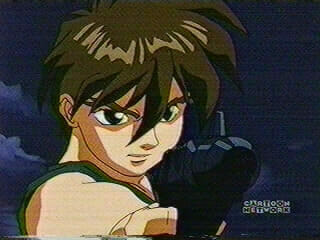 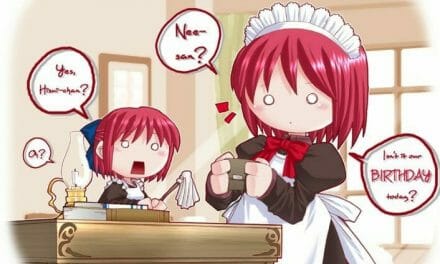 Celebration of Another Year