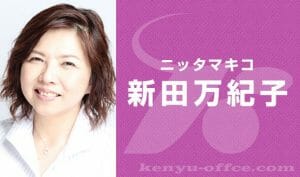 Earlier today, the official Kenyu Office agency announced that voice actress Makiko Nitta passed away on Thursday. The actress passed suddenly, due to an aortic dissection.

In the update, president Kenyuu Horiuchi announced that a funeral will be held on February 14, from 6:00 – 7:00PM at the Hei-kaikan Memorial Hall, which is located in Kawasaki’s Miyamae-ku ward.

A closed-casket memorial service will be held the next day at the same location, from 1:00 – 2:00PM.

Outside of anime, Nitta served as a dub actress for foreign movies and TV shows. She also worked as a narrator, voiced radio commercials, and played roles in Drama CDs.

In November, actress Hiromi Tsuru, who was best known for her role as Bulma in Dragon Ball, also passed away due to an aortic dissection.

We’d like to offer our deepest condolences to Makiko Nitta’s family and friends.