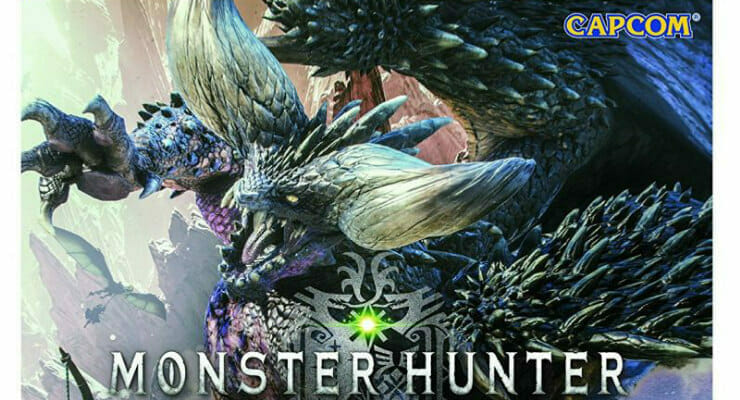 Happy Sunday everyone, and welcome to an all-new night of Media Create sales analysis! It’s an exciting week for the PlayStation family, with Sword Art Online: Fatal Bullet and Shadow of the Colossus‘ splashy remake hitting retailers. That’s to say nothing of Dragon’s Crown Pro, which brings the classic action-RPG to the modern era.

It’s an exciting week, so let’s get straight to the numbers!

This was another banner week for the big N, who saw titles on their platforms taking fourteen spaces. Of those, three were 3DS games, and eleven were Switch titles.

At the front of the pack, we have several fans making their way to Inkopolis for just one more round. Splatoon 2 (Switch) shifted another 23,461 copies (2,021,028 LTD) to take fourth place. The title has officially cracked the two million mark, which is nothing short of phenomenal. It’s the first console (read: console) game to reach the milestone in several years, and continues to sell strongly. As of press time, the game enjoys a 54.94% attach rate, meaning that more than one copy is being sold for every two Switch units in the wild. I expect to see this one remain a strong seller as we continue into the spring months.

Speaking of strong sellers, the quirky racing action of Mario Kart 8 Deluxe (Switch) continues to enthrall fans across the nation. The release shifted another 19,210 copies (1,327,107 LTD), to take an easy sixth place. The title crushed “evergreen” status some time ago, and continues to be one of those must-have games for many Switch owners. We’re looking at a 36.07% attach rate, meaning that roughly a third of all Switch consoles also have a copy of the game. Expect the game to be a regular sight through its anniversary on April 28, and beyond.

Of course, the Mushroom Kingdom’s finest sometimes do need a little help… of a bunny variety. Mario + Rabbids: Kingdom Battle (Switch) stole the #7 space with 15,755 copies (129,815 LTD). We should see this crack 150K, but the future beyond that remains somewhat hazy. The sales trends are showing a typical sales curve, so I’m predicting against that at this point.

Meanwhile the Odyssey continues its journey to New Donk City and beyond. Super Mario Odyssey (Switch) captured the #9 space, pushing 13,912 units (1,601,866 LTD) for the period. The title’s quickly cruising toward the 1.75 million mark, which is encouraging, especially given the strong overall sales. We should see this one remain a regular seller as we head into spring, with a very real possibility of seeing it stay on the boards past E3.

On the note of strong sellers, The Hylian Champion continues to be a stalwart adventurer. The Legend of Zelda: Breath of the Wild (Switch) scaled its way down to the #10 space this week, with 12,087 units sold (859,764 LTD). At this point, sales have generally stabilized, which is encouraging, and a full year on the big board seems almost like a given. I’m a bit unsure of whether we’ll see this cross a million on the upper boards, but I can easily see it crushing the figure in the under-charts.

Not far behind, we see folks continue to head to Alola for their winter Pokemon destination. Pokemon Ultra Sun & Ultra Moon (3DS) dipped down to twelfth place, with 9,654 units sold (1,548,683 LTD). Sales continue to remain decent with a strong overall curve, so I’ll be holding on to my “steady through February, murky in March” prediction.

Of course, some folks just want to get their (Mario) party on. Mario Party: The Top 100 (3DS) landed at the #13 space, moving 6,436 copies this period (155,782 LTD). The title finally cracked the 150K mark, which is fantastic given the title’s generally “meh” opening. I’ll be looking forward to seeing where the final sales lie by the time it exits the charts.

Meanwhile, the Dragonborn continues yet another adventure through the charts. The Elder Scrolls V: Skyrim (Switch) hiked down to 14th, pushing 5,625 copies for the week (19,547 LTD). The sales are generally disappointing, but we’re currently looking at a port of a seven year old game. I’m not ready to call it a failure, but I’m also not eager to call this one a “success,” either. 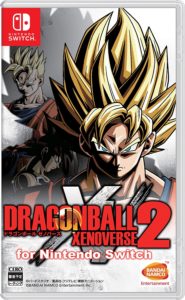 On the flip side, Dragon Ball: Xenoverse 2 (Switch) continues to surprise and delight. The title shifted another 4,512 units this time around (114,728 LTD) to take an easy 15th place. The title’s been a consistent surprise since its auspicious start, when retailers failed to order enough stock. The game’s general longevity and continued returns to the charts are nothing short of phenomenal, especially given the general lifespan of the typical licensed game on the big board.

On that note, it seems that the Milk minigame still hasn’t gone out of vogue. 1-2-Switch (Switch) telephoned its way down to the #16 space, with 4,477 copies reaching customers (395,563 LTD). We should see this one crack the 400K mark next week. Given that the title’s generally been seen as a write-off by the greater gaming community, I can’t help but find myself fascinated by the game’s sales. Seriously, I’d love to see which customer-base is picking this up, given that it’s been a regular performer since the Switch launched on March 3, 2017.

A bit further back, we see that bustin makes Jibanyan’s crew feel great. Yo-Kai Watch Busters 2: Hihou Legend Banbarayaa – Sword & Magnum (3DS) dipped down to the #17 space with 4,437 units sold (501,342 LTD). The title cracked the half-million mark, which is fantastic given the game’s position as a “week-before-Christmas” release on a sunsetting platform. We should see this one stick around for another couple of weeks, but its days are definitely numbered in the medium-term.

That said, there’s something to be said about the frantic fighting in ARMS (Switch). Nintendo’s one-on-one fighter dove down to the #18 space with 4,322 units sold (364,806 LTD). Expect this one to drop out of the big board within the next two weeks. That said, the overall performance has been nothing short of stellar. We’re looking at a brand-new entry into a niche genre, with plenty of room for expansion. I’d love to see where this one goes in the future.

Near the back of the pack, we see Pikachu and crew continuing to beat the stuffing out of each other. Pokken Tournament DX (Switch) knocked out 19th place, with 4,320 units sold (222,781 LTD). We should see ths one crack 225K next sales period, if it can hang tough. Meanwhile, I still expect that quarter-mil milestone to be hit in the under-charts.

Finally, it seems that folks are grabbing their switch-axes and greatswords for a few more hunts. Monster Hunter Double Cross (Switch) shifted another 3,373 copies (214,492 LTD) to take 20th place.

The PlayStation 4 managed to capture six spots on the big board this week.

At the top of the heap, we see Monster Hunter World extending its reign. The celebrated title shifted 159,613 copies (1,750,969 LTD) to take first place. At this point, two million seems to be a lock. The game’s sales curve has been strong, and we’re seeing a strong secondary performance through word-of-mouth. I’m genuinely curious to see where this one goes, in the longer-term.

Meanwhile, Lu Bu and the rest of the Romance of the Three Kingdoms warriors have made the leap into an open world. Dynasty Warriors 9 debuted with a “thud”, with 117,495 units sold. While 117K is generally strong, this is super low for Dynasty Warriors. As a reference, Dynasty Warriors 8 opened at first place with 203,224 units sold in 2013. Expect to see a regular decline this week, with an ultimate finish north of 150K, but below 200K.

A bit further back, Kirito and Company are making their way back to Gun Gale Online. Sword Art Online: Fatal Bullet opened at the #3 space, with 75,623 copies reaching customers. As of now, this is about on-par for single-console sales for the franchise. Sword Art Online: Hollow Realization opened on the PS4 in 2016, with just north of 70K sales. Expect to see the usual 75-83% drop-off next week, followed by a normal sales curve.

Sadly, it looks like Wander’s journey was a bit of a non-starter. Shadow of the Colossus, which remakes the 2005 classic, debuted with a paltry 21,900 units sold. The title should break 30K, but I don’t see it coming close to 50K at this point.

Meanwhile, the action remains hot on the Saiyan battlefront. Dragon Ball FighterZ flew down to the #8 space, pushing 14,237 units for the period (82,968 LTD). The title is well on its way to the 100K mark, and should easily crack 125K by the time it hits the under-charts. I’m curious to see where the final tally rests, once all is said and done.

Sadly, it looks like beautiful beat-’em-ups aren’t quite en vogue anymore. Dragon’s Crown Pro opened at 11th place with a paltry 11,691 units sold. Famitsu pegs sell-through at a pitiful 20-40%, so expect to see this one hit the bomba bins sooner than later.

In the world of Japanese railroads, the KiHa 261 series is a diesel-powered locomotive that’s owned by Hokkaido Railway Company. The trains have run on limited express services in Hokkaido since 2000.

In the world of Japanese console sales, 261 XBox Ones sold means that at least one poor employee is probably considering a hasty escape on the rails this week. 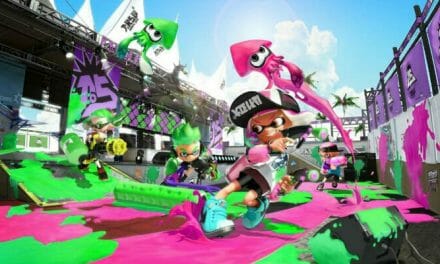 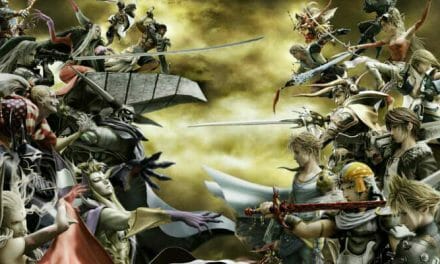 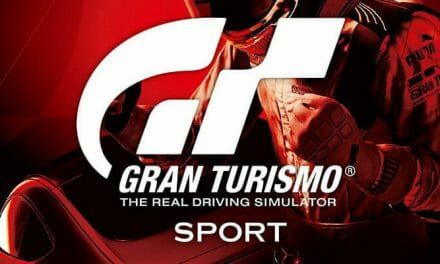