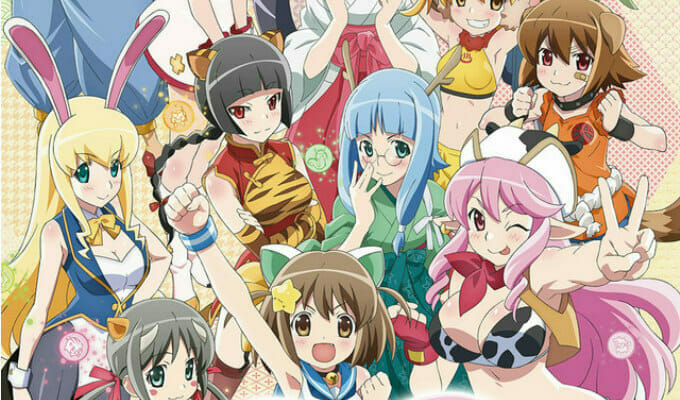 It looks like fans will get a chance to spend more time with Nya-tan and the rest of the zodiac crew.

Earlier today, fans flocked to the “GA Bunko 2018 Happyō Stage” event at Wonder Festival. During the show, it was announced that Etotama will receive a second anime series. As of press time, no further details have been revealed.

Ponycan USA currently holds the domestic rights to Etotama. Crunchyroll streamed the show as a simulcast, and describe the title as:

Since ancient times, Japan has upheld the tradition of the 12 Zodiac signs. Eto-musumes (Zodiac girls), who have the appearance and behavior of the animals of the Zodiac, are pure hearted messengers who act as a bridge between humans and the gods. Every 60 years, the “ETM 12” tournament takes place in Tokyo’s Akihabara district, where aspiring girls from all over Japan gather for the chance to become the next zodiac sign. One of those girls is Nya-tan, a cat girl who was tricked by a sneaky rodent and was not able to become a Zodiac girl. There is only one condition to become an Eto-musume: you must defeat the other 12 signs. But with strength bestowed to them from the heavens above, no one has been able to defeat them for 2000 years. The story begins when Nya-tan meets Takeru Amano!