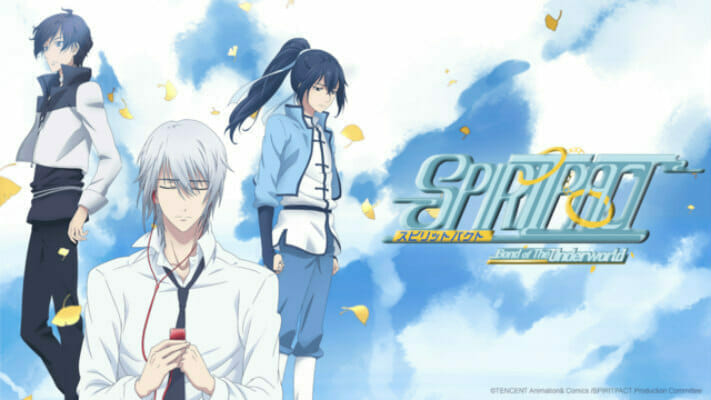 The underworld beckons fans brave enough to face it.

Earlier today, Crunchyroll announced that they will stream Spiritpact -Bond of the Underworld-. The series will launch on February 24, at 6:00AM Pacific (9:00AM Eastern) for subscribers in all regions outside of Asia.

The title is being produced by Emon Animation Company. Li Haolin is directing the project, which features character designs by Kwon Eunkyung. Qi Ling zi is in charge of series composition for the title.

Crunchyroll describes Spiritpact -Bond of the Underworld- as:

Tanmoku Ki is an exorcist with the responsibility of cleansing the spirits of the world and in doing so he serves as a priest protecting the balance between heaven and earth at the cost of his own life span. However, he is destined to fight not only the evil spirits who constantly aim for his life and spiritual powers, but also those who covet his position and influence. Their attacks never cease and Tanmoku Ki must always keep fighting.

In the midst of all this, the only person that Tanmoku Ki is able to face as completely as himself is You Keika, who is Tanmoku Ki’s spirit shadow.

Are they truly just “exorcist” and “spirit shadow”? What turn of fate has brought them together?

The curtain rises on a new story and Tanmoku Ki’s past that was not able to be told in the first season of the anime. Just who is this person called “Shouken” who lies dormant in Tanmoku Ki’s memories?