A place where freedom comes from captivity… welcome to the slave ward.

Earlier today, the official Doreiku The Animation anime website updated with a new trailer, as well as the show’s première schedule and theme songs. 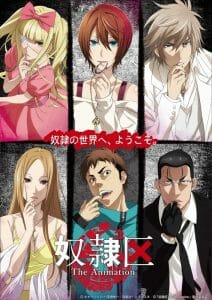 The show will hit Japanese TV on April 12. The full broadcast schedule is as follows:

Netflix will stream the series as a Netflix Original in Japan. 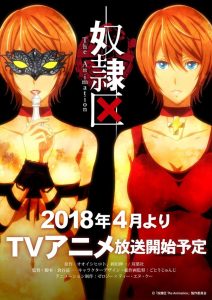