The countdown’s started and the job’s been decided. Now, we just need to let this one rip!

Earlier today, AnimEigo updated their main website with a countdown timer, which ticks down to the start of their upcoming Gunsmith Cats Blu-Ray Kickstarter. The campaign will launch at 5:00PM EDT (2:00PM PDT) on March 24.

As part of the Kickstarter, the publisher is also hosting a fan art contest. Series creator Kenichi Sonoda will judge the contest and select the winners, whose work will appear in the official artbook that is being created for the project. The three Grand prize winners for the contest will receive a Premium Edition of the Gunsmith Cats Blu-Ray, as well as three bonus items of their choice, and three additional copies of the artbook.

AnimEigo announced that they acquired the rights to the Gunsmith Cats OVA on December 3.

Gunsmith Cats is based on Kenichi Sonoda’s manga of the same name. The three-episode OVA was directed by Takeshi Mori (Stratos 4, Vandread) at Oriental Light and Magic, with Kenichi Sonoda (Bubblegum Crisis, Gall Force) and Norihiro Matsubara (Pokémon: Black and White, Berserk) teaming up to provide character designs. Atsuji Kaneko wrote the screenplay. 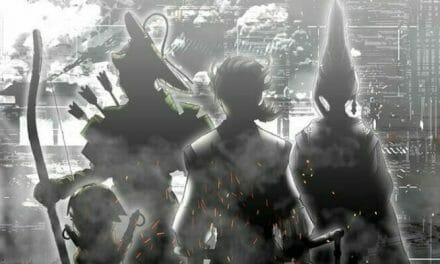