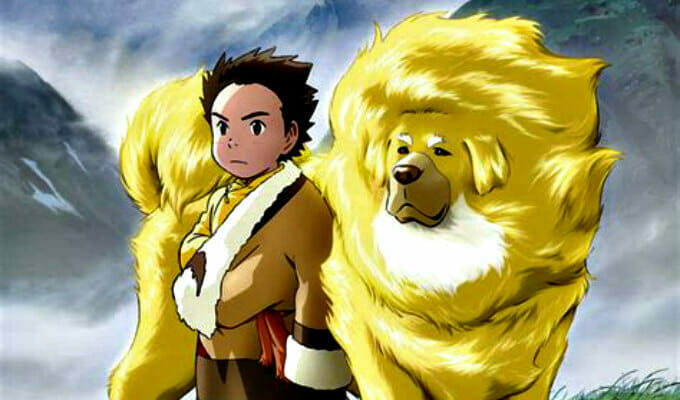 This dog will be our best friends until the sadness.

On March 13, Maiden Japan announced that they licensed The Tibetan Dog anime film. The publisher will stream the title on select outlets, which have yet to be announced as of press time.

The Tibetan Dog is based on Zhi Jun Yang’s novel of the same name. The project is a co-production between Madhouse and the China Film Group Corporation. Masayuki Kojima (Made in Abyss, Monster) directed the project, which features character designs by Shigeru Fujita (Eureka Seven: Hi – Evolution, Monster) and a screenplay by Naoto Inoue.

After the death of his mother, Tenzin decides to leave his town to live with his father in the grasslands of Tibet. In a new place, with new people and while learning to become a sheepherder, Tenzin will find help in the most unexpected way, through a golden Tibetan guard dog which will change his life forever by becoming his greatest friend.

The film opened in Japan in 2011, and appeared at France’s Annecy International Animation Film Festival in the same year.