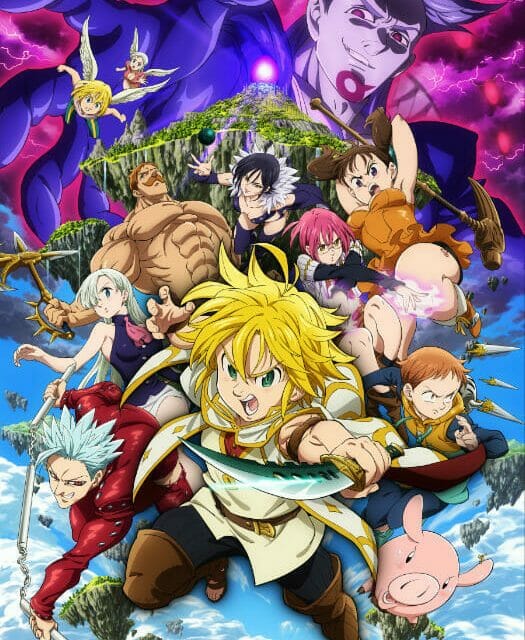 Not to be confused with the series Seven Mortal Sins (trust me, that’s not a mistake you want to make in polite conversation), The Seven Deadly Sins is getting a movie this summer and we have a full trailer for you! Lucky!

Opening in Japanese theaters on August 18th, Gekijouban Nanatsu no Taizai Tenkuu no Torawarebito (The Seven Deadly Sins the Movie: Prisoners of the Sky) will feature a brand new story created by manga author Nakaba Suzuki. The story largely follows the characters as they enter a strange new land that exists above the clouds.

The trailer lasts for just under a minute and if you’re a fan of the series, you won’t regret spending 59 seconds of your life on this.

The eagle eyed among us noticed that three new characters along with cast announcements were made in that trailer. For those of you don’t read kanji, the reveals were as follows: