It looks like Minnie May’s bringing big news this week.

On April 13, the official Project B.B. Twitter account updated with new illustrations for the upcoming feature, as well as a teaser visual.

The 17-second teaser features a “flipbook” style presentation of keyframes. The images show off a fight scene featuring the Bean Bandit.

The image features a pair of keyframes for Minnie May (with pencil sketches). At the top-left corner of the bottom-left sheet, studio Passione’s logo is clearly visible.

A second production sketch was revealed yesterday, which features Rally Vincent clad in a business suit and flats.

A preview of the Project B.B. short will be shown off in May, at Anime Central. The film’s director and composer, as well as series creator Kenichi Sonoda will attend the convention as guests.

Anime News Network reports that the pilot shown at Anime Central will be a “short/trailer format,” and that the creators will reveal further details. This includes the meaning of the project’s code name.

In December, AnimEigo announced that they acquired the license for the Gunsmith Cats OVA series. They publisher is planning to launch a Kickstarter to fund a Blu-Ray release for the title. 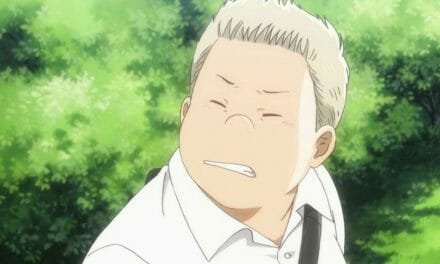