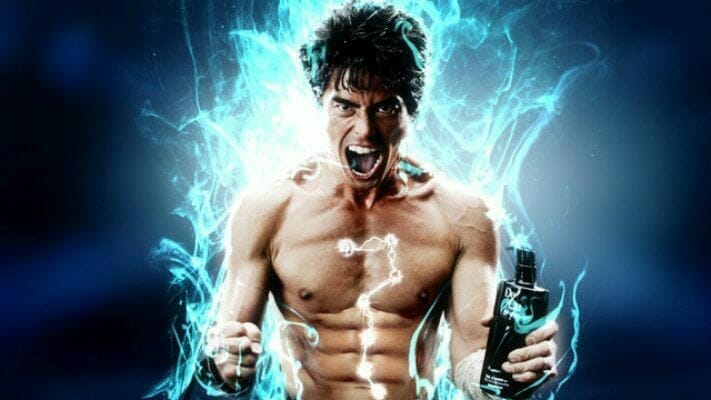 Look, I was going to pass this up, but then the YOU WA SHOCK! theme song kicked in!

Alternate take: you are already clean.

Of course, things are a bit different in this case. Rather than certain doom, Kenshiro faces down certain reek as stench clouds fly from his opponent. And, rather than breaking out his Hundred Crack Fist, Kenshiro busts out a bottle of De/Ou body wash. It’s during this point that the spot reaches peak silliness, as 1984 anime theme song Ai wo Torimodose kicks in, and Kenshiro starts to lather up, crying out with the iconic “ATATATATATA” as he does.

The commercial ends with a (much cleaner) Kenshiro posing and proclaiming “Omae wa mou nioi wa nai” (“You no longer stink”), a play on words from Kenshiro’s signature catch phrase, “Omae wa mou shinderu” (“You are already dead”).

The commercial is part of a promotion between the franchise and De/Ou, which will see Fist of the North Star branding adorning bottles of the body wash. Kenshiro, Raoh, Toki, and Souther began appearing on the labels of specially marked packages on April 15.

Sega’s Yakuza Studio made their own game based on the franchise titled Hokuto ga Gotoku, which hit Japanese retailers on February 22.