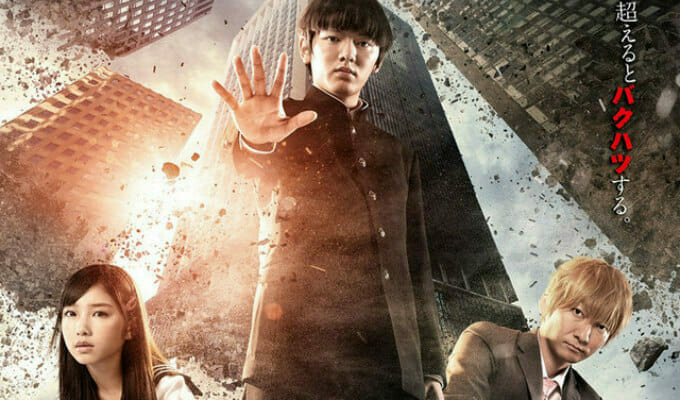 It looks like Mob’s come a long way… er… again.

Earlier today, Netflix (USA) revealed their list of new titles for May 2018. In the list, the publisher confirms that the live-action Mob Psycho 100 will debut on the platform on May 22.

Netflix released a trailer promoting their May lineup, which features clips from the show. You can check it out below:

Kōichi Sakamoto directed the live-action Mob Psycho 100 TV series, while the team of Reiko Yoshida and Kei Kunii wrote the scripts. The major cast members include:

Mob Psycho 100 is an ongoing manga series by One-Punch Man creator ONE. Fifteen volumes have been released to date, with the most recent hitting Japanese bookstores on October 19, 2017.

The title received an anime adaptation in the Summer 2016 broadcast season. Yuzuru Tachikawa (Death Parade) directed the series at studio BONES, with Yoshimichi Kameda (Paroru no Miraijima) providing character designs. Hiroshi Seko (Ajin – Demi-Human, Seraph of the End) was in charge of series composition on the project.

Crunchyroll streamed the Mob Psycho 100 anime as a simulcast, while Funimation offered it as a SimulDub. Funimation describes the show as:

Source: Entertainment Weekly (Thanks to L.B. Bryant for the tip!)