It’s time for the Red Comet to make his finest showing yet in this grand saga. 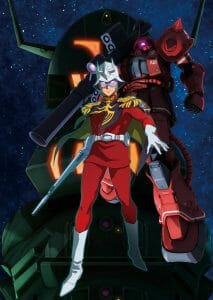