Nardack published the piece in a Tweet celebrating the game’s launch on March 19.

Shortly after the game’s release, Korean publisher XD Global was bombarded with complaints on social media, who alleged that Nardack is “in tune with anti-social organizations,” and begged the publisher to not use her artwork.

In particular, Nardack notes that the group took offense for Nardack’s support of feminist causes. “I suppose that I support feminism on social network sites,” she stated in her Evernote blog, “and by pushing ‘Like’ on Twitter for another writer who has an accompanying opinion, I also regard it as agreeing with feminism. Therefore, he said that I must be a member of [an anti-social] group.”

In her post, Nardack is referring to another artist, who had worked for IMC Games, and saw extreme harassment after liking a tweet that championed feminist causes. The woman in question had retweeted a post with the word “hannam”, a derogatory term for Koream men. This prompted a full-on probe from the company’s publisher, which amounted to an internal inquisition against the artist.

According to Nardack’s blog, though, the outcry prompted employer XD Global to reach out to her via instant message, asking her to verify that she wasn’t a member of an “anti-social organization.” She denied such ties, after which she alleges that she was ordered to post “I am unrelated to antisocial groups and do not support feminism” to her social media channel.

Nardack refused, and saw her work promptly removed from the game.

“I was surprised by this series of flows,” she added, “was it really possible in the 21st century? I couldn’t believe it.”

Nardack is currently requesting an official apology from XD Global. She levied a criticism against the publisher for its apparent agreement with the idea that “feminism is antisocial,” and restated that she has a right to disagree with the publisher’s opinion.

“I do not sympathize with any anti-social groups,” she stated, “and I strongly oppose the thoughtless compulsion and censorship of creatives.” She apologized for worrying people, and  thanked her supporters.

In the hours following the blog post’s publication, several female artists have stepped up to criticize the decision, and likened the harassment campaigns to GamerGate in the west.

Azur Lane is a Chinese mobile game from publisher Bilibili. The game launched in China on May 25, 2017. Shanghai Yostar published the title on September 14, 2017 in Japan. 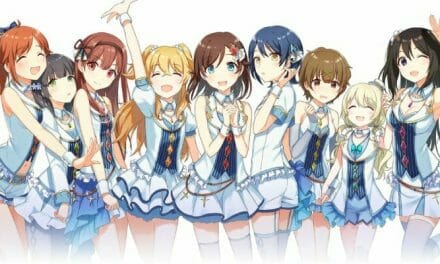