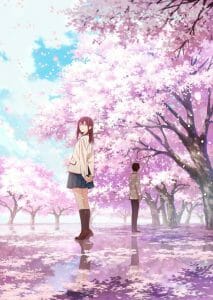 This could become this year’s Your Lie In April, if the final film holds up.

Earlier today, the official website for upcoming anime film I Want to Eat Your Pancreas (Kimi no Suizō o Tabetai) updated with a new teaser trailer. The minute-long promo introduces the major cast members, as theme song Fanfare by sumika plays in the background.

Yesterday, we reported that the film will feature three songs by Sumika: the main theme song, the intro theme, and an insert piece.