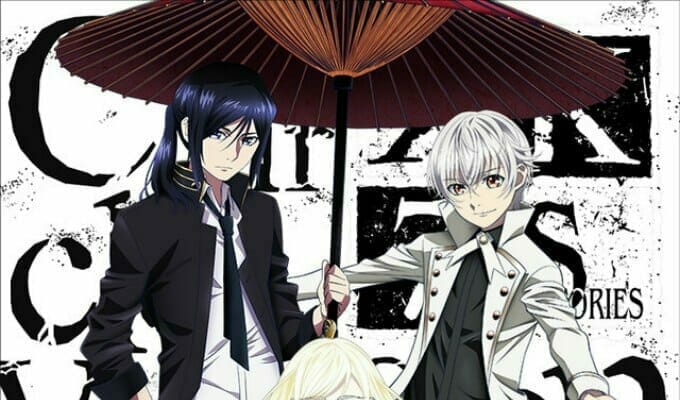 I’ve been through the desert on the song with no name~… (Wait… we’re not going in this direction? Crud.)

Earlier today, the official K project website updated with a key visual and main cast for upcoming sixth film Circle Vision ~Nameless Song~. We break the details down below:

The image features Yashiro, Kuroh, and the mysterious boy standing against a white background, which is emblazoned with the film’s title. Kuroh is holding a bamboo umbrella.