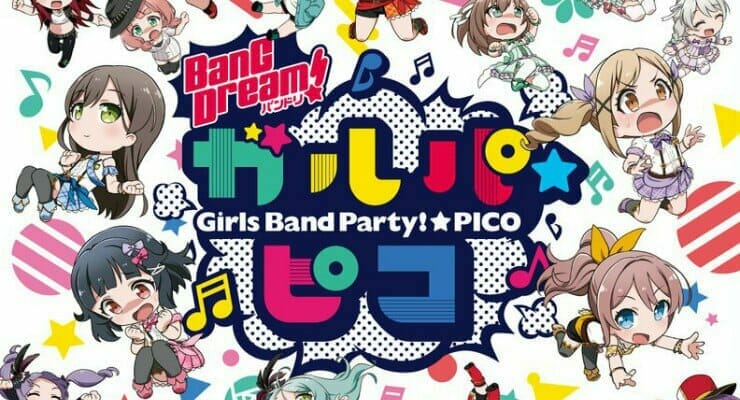 So, is this going to be a [email protected] sort of show…?

Earlier today, the official BanG Dream! anime website announced that a new short-form anime series, titled BanG Dream! Girls Band Party Pico! is in the works. The first visual and trailer, as well as a broadcast window were announced.

The 53-second promo introduces the new character designs for members of Poppin’ Party, Pastel Palettes, Afterglow, Roselia, and “Hello, Happy World!” as a peppy melody plays in the background.

The visual features the main characters exploding out from the show’s logo, which is set against a white background smattered with colorful geometric shapes.

The series will air on Tokyo MX and TBS Television starting July 5. The show will air during the BanG Dream! TV variety show. The full broadcast schedule is as follows:

Episodes will also be streamed on the official BanG Dream! YouTube channel.