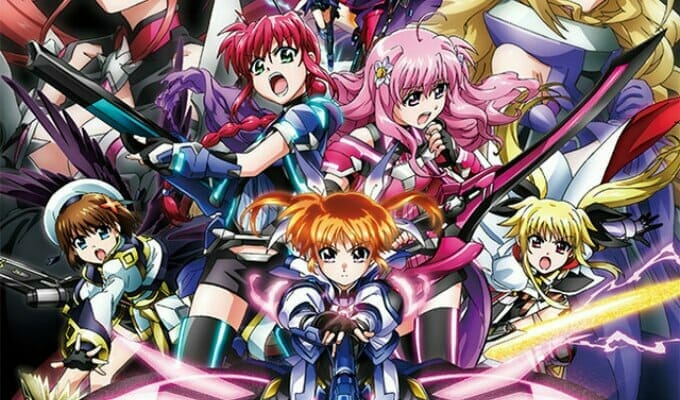 The image features the seven magical girls, ready for action, with Nanoha taking the front-and-center spot.

Designs for Nanoha, Fate, and Hayate were revealed, which you can check out below.

Magical Girl Lyrical Nanoha Detonation will hit Japanese theaters on October 19. The second round of ticket pre-sales will open on Friday, and folks who pre-order in this wave will receive a free clear file (while supplies last).