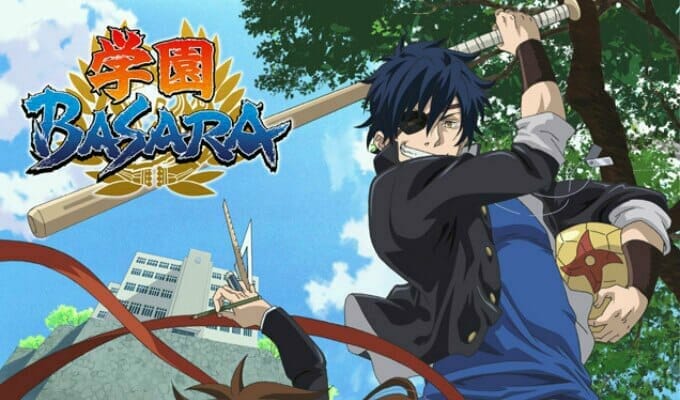 These samurai kings are taking on their biggest challenge yet… high school!

Earlier today, the official Gakuen Basara anime website updated the show’s main cast, as well as a key visual. We break the details down below.

The image sees Date Masamune and Yukimura Sanada posing on a tree, which is lush with green leaves.

All seven characters are reprising their roles from other Sengoku Basara entries. Visuals for the characters were also revealed, which you can check out below: