So, ah… yeah. that happened.

The first image features the female leads front and center. Male lead Aki is crunched at the bottom, his head trapped under the busts of Ayaka and Nana Sunohara. 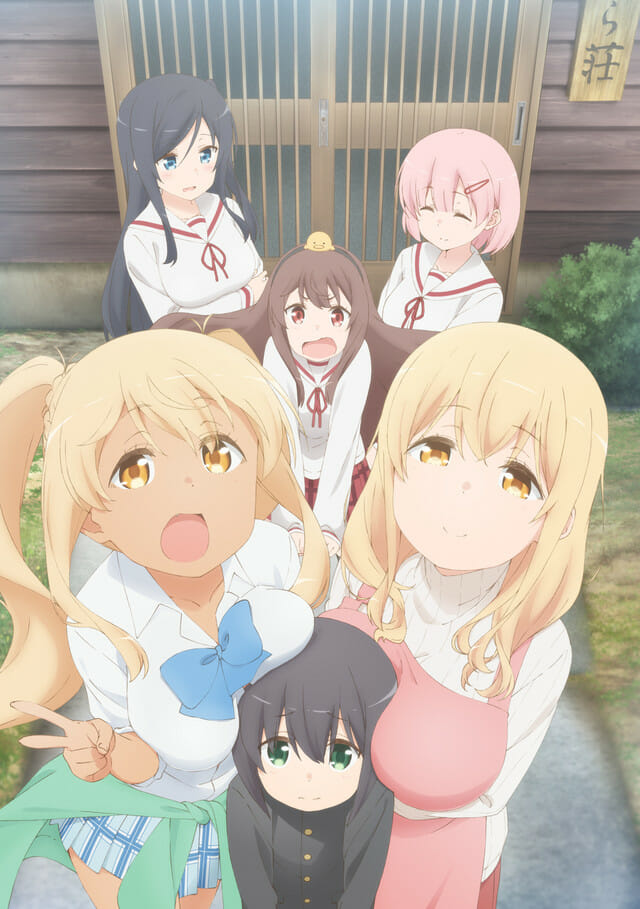 The second image features Aki Shiina and Ayaka Sunohara standing in traditional garb in front of a shrine. 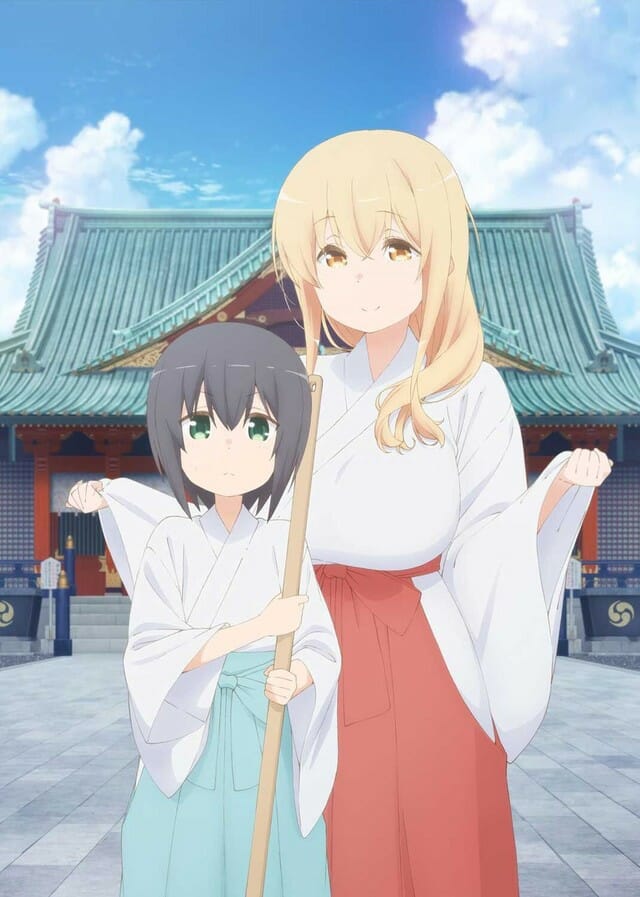 Miss caretaker of Sunohara-sou hits Japanese TV this summer. A screening event will be held on June 18, at the Kanda Myojin shrine. Rina Satou, Eri Kitamura, and director Mirai Minato will attend the event. 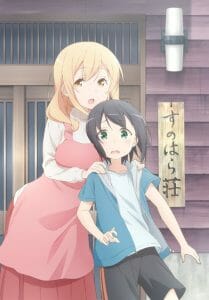