Whether you’re in the mood for an epic adventure or a modern masterpiece, Crunchyroll has you covered.

Earlier today, Crunchyroll announced that they added eight titles to their digital lineup. The publisher will stream the following:

The publisher also added documentary The Kingdom of Dreams and Madness, which looks at the world behind the scenes at Studio Ghibli. 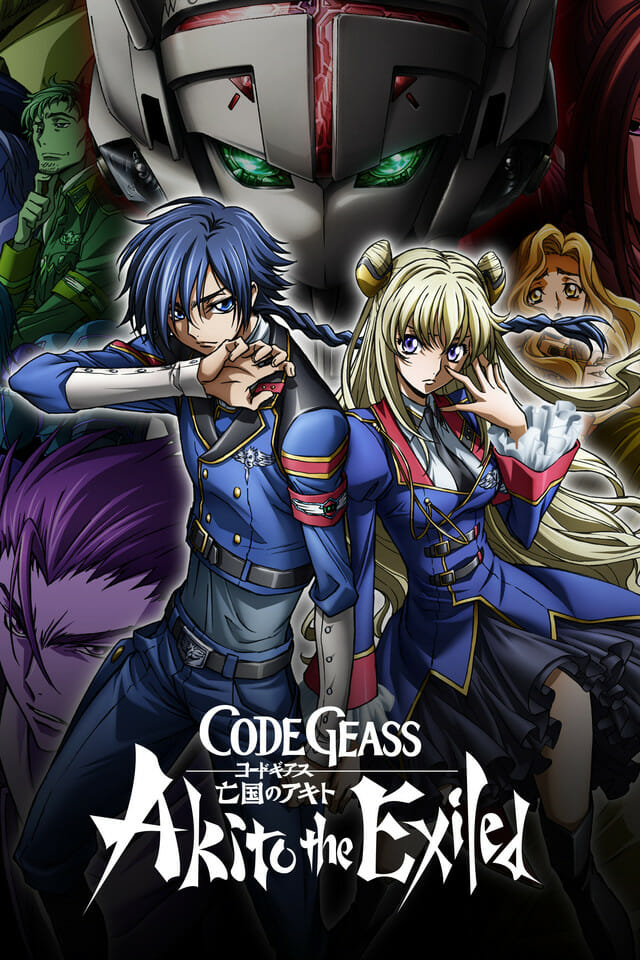 Code Geass – Akito the Exiled is available to members in the United States and Canada.

The title is a 2012 OVA from Sunrise, which was helmed by Kazuki Akane (Birdy the Mighty: Decode, ). Takahiro Kimura (GaoGaiGar: King of the Braves, GunXSword) provided character designs for the project, while the team of Hiroshi Ohnogi, Kazuki Akane, and Miya Asakawa wrote the screenplay. 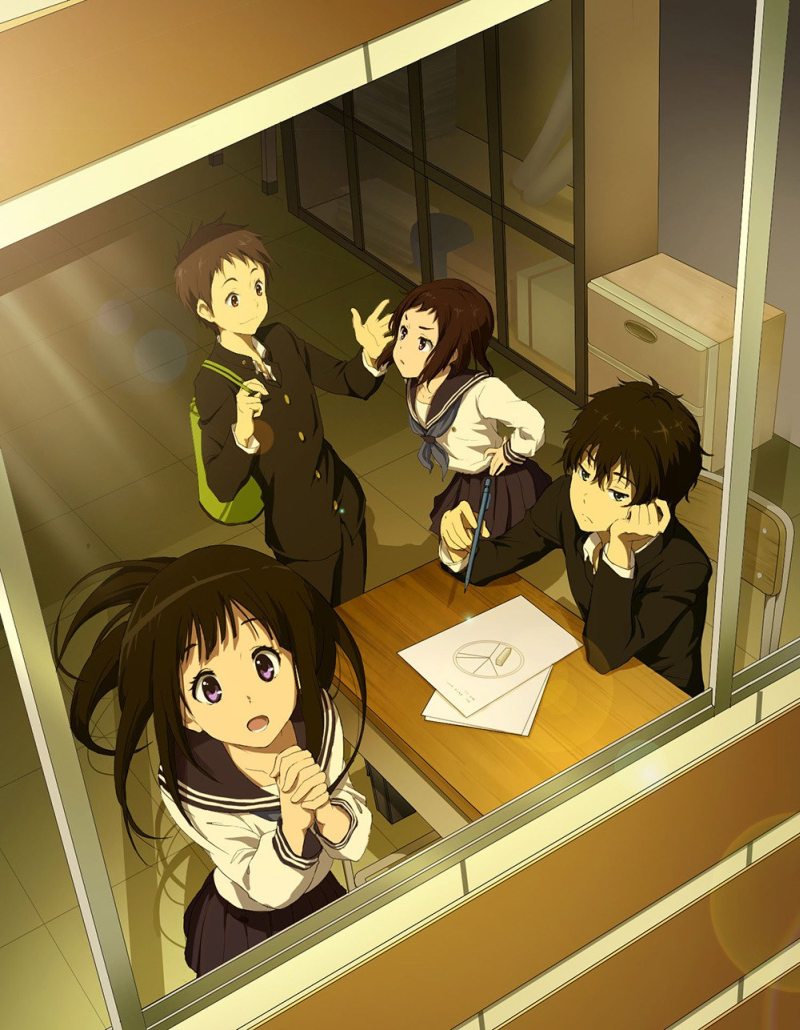 A worthy addition to any animation fan’s collection, Hyouka is a stunning masterwork that spins a charming tale of high school romance and mystery. After disenchanted student Hotaro Oreki joins his school’s Classic Lit Club, he meets Eru Chitanda, a kindhearted and inquisitive girl with boundless curiosity and a knack for getting him caught up in all sorts of trouble. The series is available to members in the starting at 5PM PDT 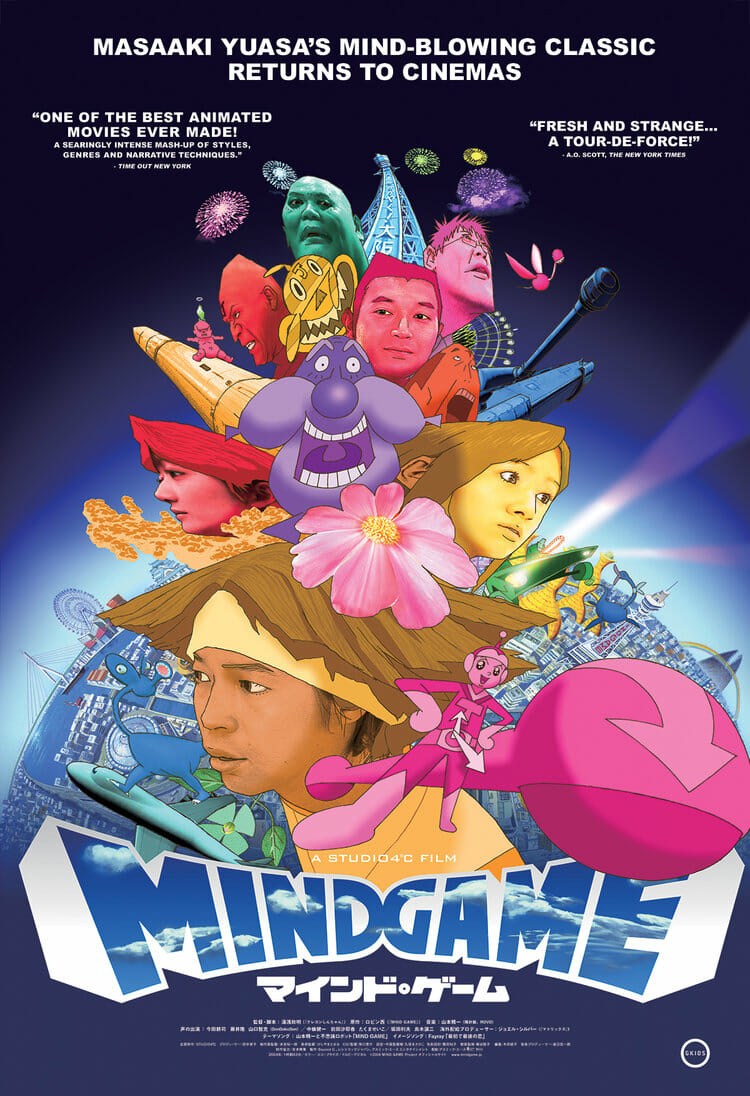 An explosion of unconstrained expression – gloriously colorful mages ricochet in rapid fire associations,like Masaaki Yuasa’s brain splattered onto the screen in all its goopy glory. Loser Nishi, too wimpy to try to save his childhood sweetheart from gangsters, is shot in the butt by a soccer-playing psychopath, projecting Nishi into the afterlife. In this limbo, God – shown as a series of rapidly changing characters – tells him to walk toward the light. But Nishi runs like hell in the other direction and returns to Earth a changed man, driven to live each moment to the fullest. 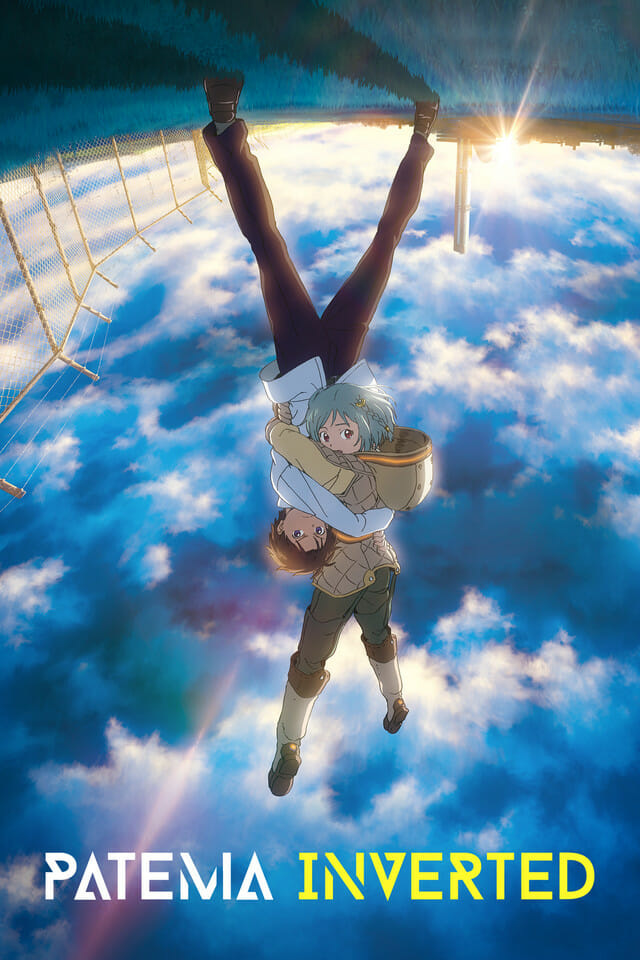 From the director of Time of Eve comes a perspective-twisting anime adventure about two people separated by opposite gravities. Together they set out to discover the secret that keeps their worlds apart.

Record of Lodoss War: Chronicles of the Heroic Knight 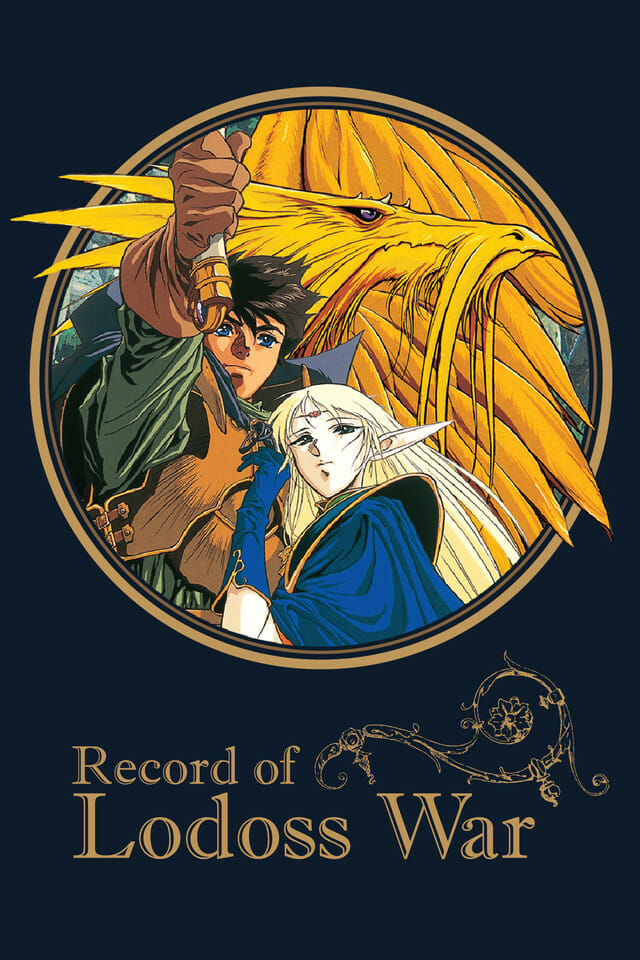 In a land torn by war, young Parn and a ragtag team of adventurers set out to restore peace to the island of Lodoss. While an evil sorcerer seeks the destructive power of an ancient goddess, the Grey Witch presides over all with a cold-hearted bent for neutrality. The ensuing battles cost many lives before a brave new generation of heroes rises to face the sinister enemies once and for all. 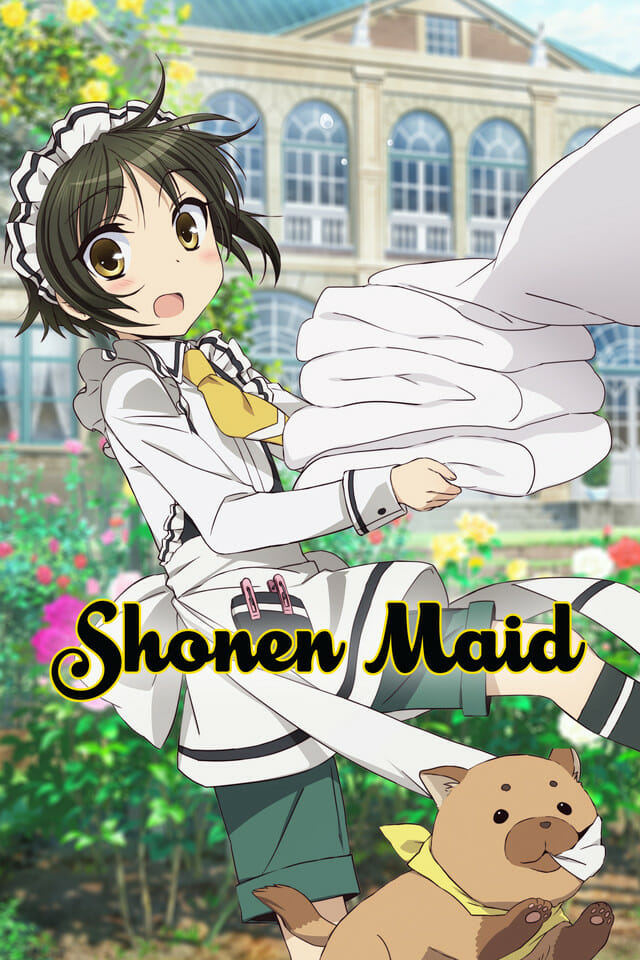 Shonen Maid is available to users in the United States, Canada, South Africa, Iceland, Sweden, Norway, and the Netherlands

The show is based on Ototachibana’s manga of the same name. Yusuke Yamamoto (Yamada’s First Time, Sgt. Frog) is directing the series at studio 8 bit, with Kana Ishida (The irregular at magic high school, Wakaba Girl) serving as character designer. Yoshiko Nakamura (Monthly Girls’ Nozaki-kun) is in charge of series composition.

After the loss of his mother, Chihiro is left alone. With no known family left, he has to find a way to move on. Things aren’t looking good until a chance encounter with the young and handsome Madoka—who turns out to be his wealthy uncle! Madoka offers him his home and all Chihiro has to do is clean up after the messy, irresponsible man. The problem? This job requires a uniform—a maid outfit!

Welcome to the Space Show 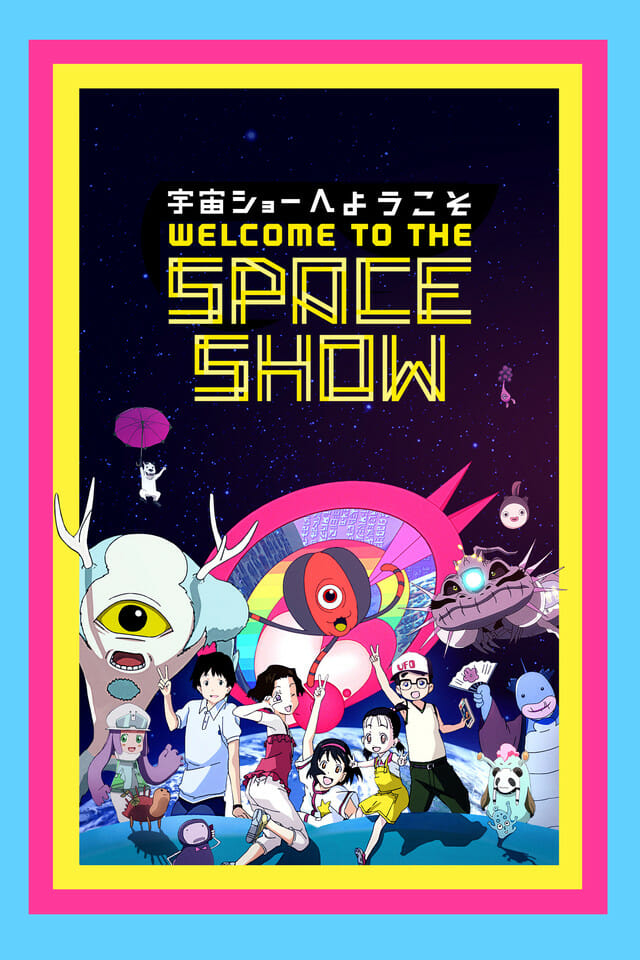 Welcome to the Space Show is a 2010 film from A-1 Pictures. Koji Masunari (Magi: The Kingdom of Magic, R.O.D. the TV) directed the movie, which features character designs by Masashi Ishihama (Read or Die, Eiken). Hideyuki Kurata (Kamichu!, Excel Saga) wrote the screenplay.

A group of kids are whisked away to a space colony on the dark side of the moon, an interstellar melting pot with a non-stop parade of alien creatures, jellyfish spaceships, and dragon trains, marking for a glorious and wondrous adventure.

A Letter to Momo 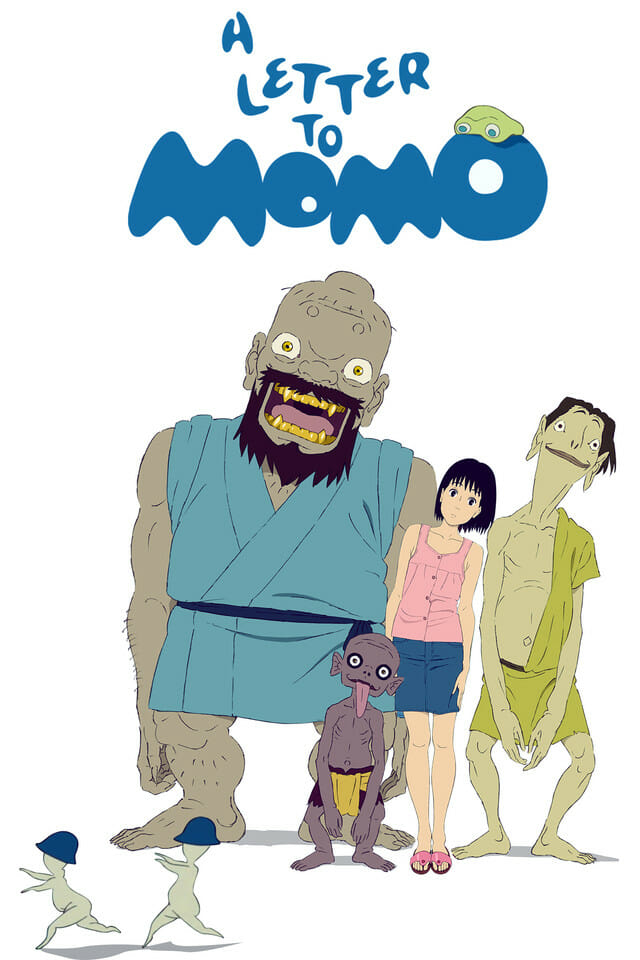 A Letter to Momo is a 2011 picture from Production I.G. Hiroyuki Okiura (Jin-Roh – The Wolf Brigade) directed the feature, wrote the script, and co-designed the characters with Masahiro Ando (Spirited Away, Paprika).

Crunchyroll describes A Letter to Momo as:

The last time Momo saw her father they had a fight – and now all she has to remember him by is an incomplete letter, a blank piece of paper penned with the words Dear Momo but nothing more. Moving with her mother to the remote Japanese island of Shio, Momo soon discovers three yokai living in her attic, a trio of mischievous spirit creatures that only she can see and who create mayhem in the tiny seaside community as she tries desperately to keep them hidden. But these funny monsters have a serious side and may hold the key to helping Momo discover what her father had been trying to tell her.