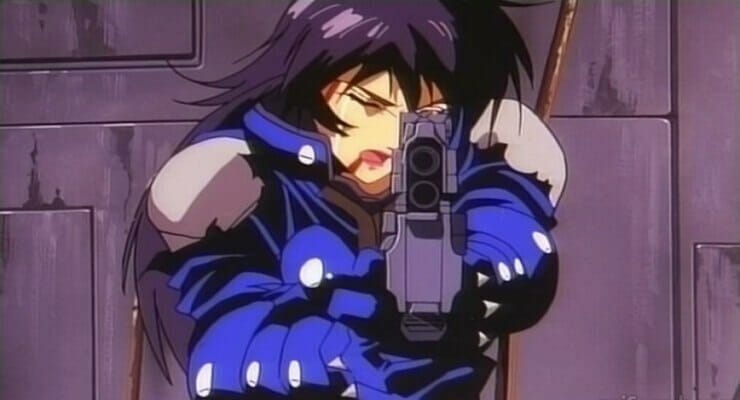 Guess what, bad anime fans? Another final member of the “awful anime” trinity is coming back!

At their Momocon panel, Discotek Media announced that they acquired the rights to Angel Cop. The publisher will ship the title in North America, and noted that their release will include:

Angel Cop is a 1989 OVA from DAST Corporation and Studio 88, which told an original story by Ichiro Itano (Gantz, Violence Jack 2) directed the project and co-wrote the screenplay with Noboru Aikawa (Wrath of the Ninja – The Yotoden Movie, Corpse Princess). Nobuteru Yuki (Vision of Escaflowne, Orange) provided character designs.

The title was originally released in the west by Manga Entertainment. The title shipped to North American retailers in 1995, and was followed by a DVD release in 2000. The title quickly gained a cult following due to its trashy, often offensive source material and hilariously awful dub, which featured copious amounts of added profanity and punched-up delivery.

Manga described the title as:

In a nightmare future violence is the only law

Japan is under attack. A group of violent terrorists, known as the Red May, have launched a wave of bombing and murder across Tokyo, threatening the stability of the entire country. In response, the government calls in the Special Security Force, an elite law enforcement division with the authorization to use any methods necessary to protect public safety.

As the Red May continue their assault, the SSF unleash their deadliest weapon: Angel, a woman whose beauty is matched only by her skill in combat. But Angel soon learns that the situation is far more complex and dangerous than she first thought. The terrorists are dying before she can ge to them, ripped apart by some ferocious and inexplicable force… someone else is after the Red May, someone with the poewr to destroy anything or anyone in their way – including Angel and her team!

As the mystery deepens and the body count rises, a lethal government conspiracy is brought to light. What is the mysterious “H-file”? And will Angel live long enough to find out?