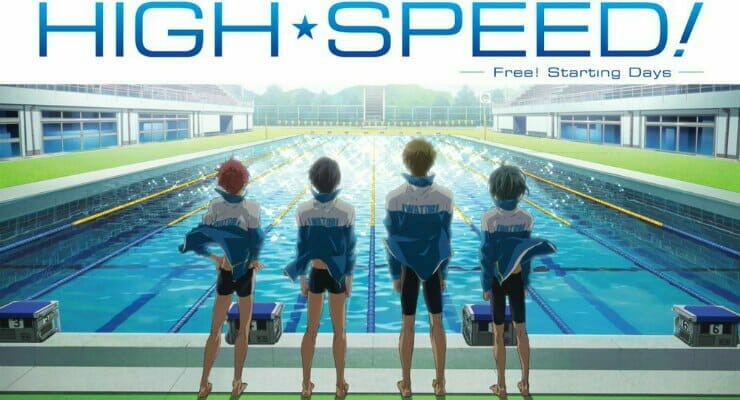 Two new contestants are making their way to the starting gate.

The film is based on Hiroko Utsumi’s light novel High Speed!, which was loosely adapted into the original Free! Iwatobi Swim Club anime series. The film was directed by Yasuhiro Takemoto (Amagi Brilliant Park) and animated by Kyoto Animation. Free! character designer Futoshi Nishiya returned as character designer on the project.