This tale of love and music will finally reach its finale next year.

The image features Kumiko and several other members of the Kitauji band hoisting their instruments as they stand before a cloudy blue sky. 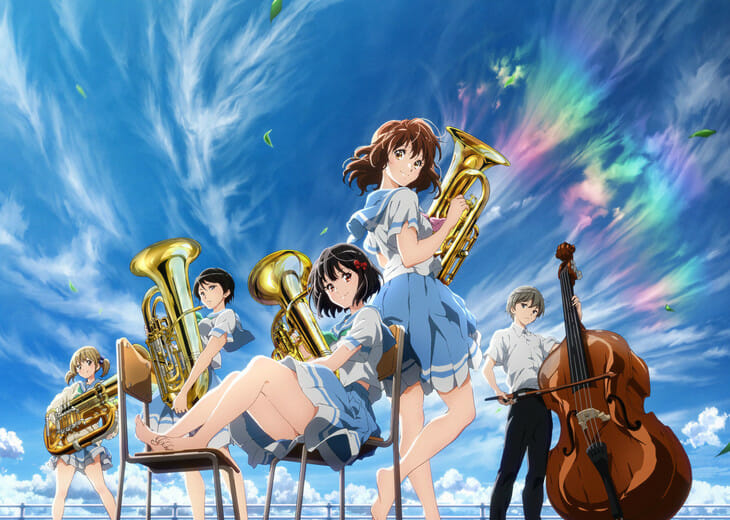 Tatsuya Ishihara (Clannad After Story, Love, Chunibyo & Other Delusions!), who directed the Sound! Euphonium TV series, will be back in the director’s chair at Kyoto Animation.

Gekijōban Hibike! Euphonium: Chikai no Finale will hit Japanese theaters in 2019. The feature will focus on Kumiko and others, as they enter their second year of high school.