We’re diving straight into the future with this generation of swimmers!

Earlier today, the official Free! Dive to the Future anime website updated with a new key visual, three cast members, and details on the show’s closing theme song. We break the details down below.

The new visual features the major characters, set against a body of crystal blue waters. 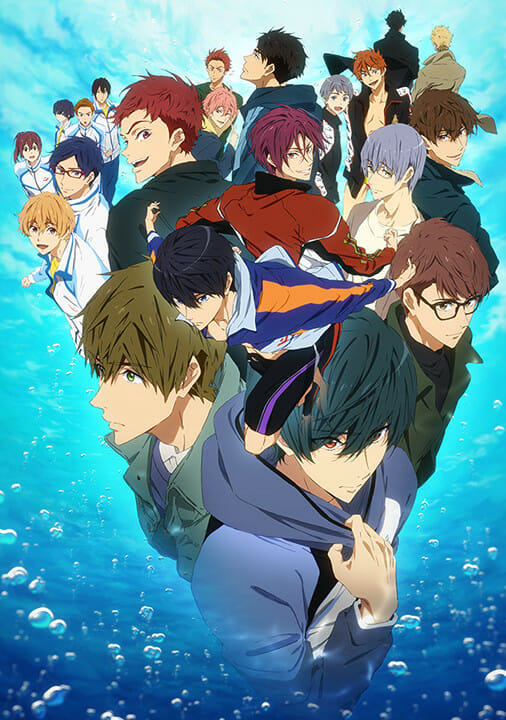 The song will receive a CD single, which will ship to retailers on August 22. The CD will also include a duet by Nobunaga Shimazaki and Tatsuhisa Suzuki.

Free! Dive to the Future hits Japanese TV in July. ABC, Tokyo MX 1, BS-11, and TV Aichi will carry the series. A screening event is planned for June 23, which will showcase the first main TV episode along with the “Episode 0” special.

OLDCODEX will perform opening theme song Heading to Over.