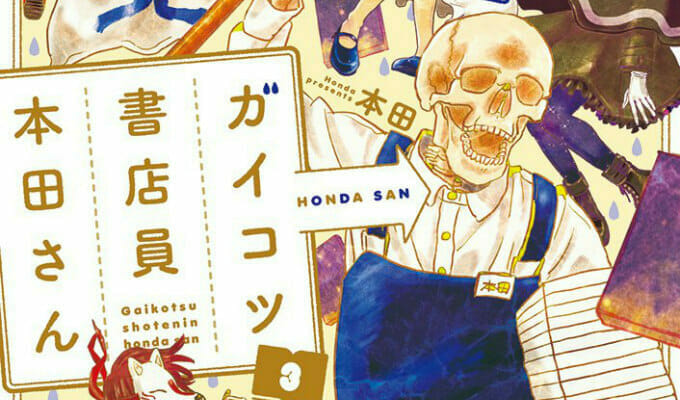 When you think about it, there’s a skeleton inside all of us…

The 50-second promo offers a look at the show in action, as a dramatic musical piece plays.

The new image features Honda-san who is standing mouth agape, as the top of their head bursts open. Out from the cavity spews everything quirky in the world, from crazy coworkers to countless books.