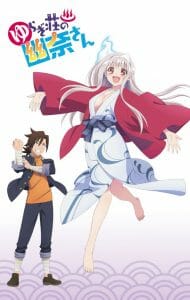 It’s official: cute mummies are out, and adorable ghosts are totes in this summer.

Earlier today, Aniplex of America announced that Yuuna and the Haunted Hot Springs will stream as part of Crunchyroll’s Summer 2018 simulcast lineup. The series will kick off on July 14 at 9:00AM Pacific (Noon Eastern).

Kogarashi Fuyuzora is a “hands on” psychic.

Ever since the day he got possessed by an evil ghost, he has been burdened with debt. Needing a cheap room to rent, he winds up at a haunted hot springs inn, Yuragi Inn, where only incredibly beautiful girls reside. Amongst the residents is a ghost, Yuuna, who cannot move on to the spirit world. Despite the resistance from the current tenants that are all girls, Kogarashi manages to start his new life at Yuragi Inn. 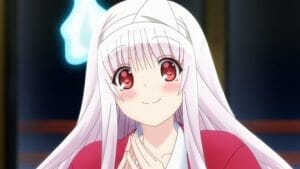 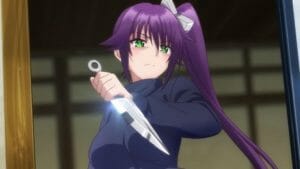 Seven Seas currently holds the rights to the title, and releases it under their “Ghost Ship” mature imprint. The first volume hit retailers on March 27.